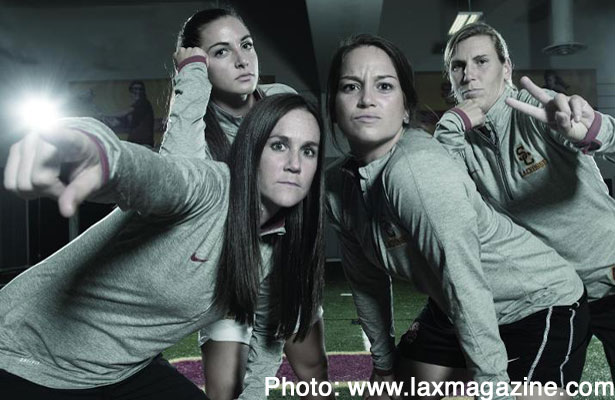 In just their fifth year as NCAA Division 1 program, the USC women have landed on the cover Lacrosse Magazine and are the subject of an All-Access video.  With the power of the USC brand behind them, world-class coaches attracting world-class talent, USC is out to prove that its breakthrough season was not a fluke, but rather the start of something much bigger.  The No. 2o Women of  Troy seem destined for the upper echelons of Division 1.  Want to know more about the program and learn what it’s like to play lacrosse at USC?  Read the  Lacrosse Magazine January Cover Story: Rise of the Women of Troy – Lacrosse Magazine. Watch the All-Access Video posted above.  And watch the USC women play Duke in  the Orange County Invitational on February 20.

The Orange County  Chapter of US Lacrosse is bringing No. 12 Duke and No. 20 USC to  Orange Coast College on February 20. Tickets are on sale now for this rare opportunity to watch NCAA Division 1 Women’s lacrosse in Orange County.  The up and coming Trojans made it to the NCAA tournament for the first time last year.  They hope to  avenge their second round loss to the Blue Devils.  The Blue Devils of course want to make the most of their west coast trip and maybe win over a few local fans.