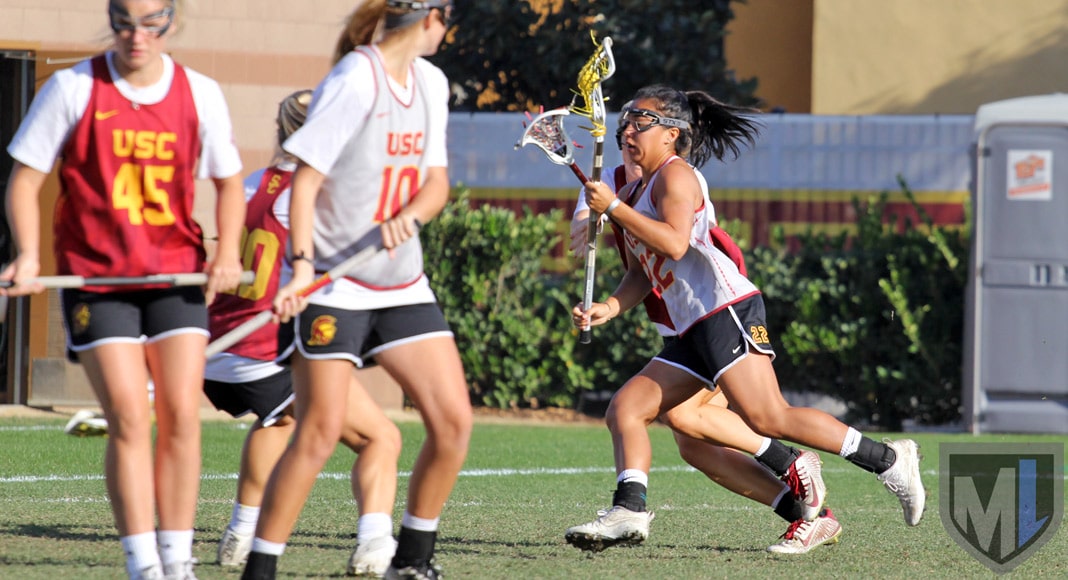 USC took a 5-0 lead as senior goalie Gussie Johns held the Hokies scoreless for the first 27 minutes of the game. Virginia climbed back into it and trailed 5-3 at halftime and 7-5 midway through the second half. But Johns blanked the Hokies the rest of the way, and the offense mounted a four-goal run to close it out.

McMahon (pictured above in practice last week) played basketball and lacrosse at Army in 2015-16. In her USC debut Saturday, she scored her third goal of the game seven minutes into the second half to put the Trojans up 9-5, then had assists on goals by Hope Anhut (4:55) and Maeve McMahon (0:51) to finish it.

Johns had nine saves in goal for the Trojans, and junior defender Jackie Gilbert led all players five draw controls.

Next up for USC is matchup with No. 2 Stony Brook in the Orange County Lacrosse Showcase on Friday at Orange Coast College in Costa Mesa.

That is the first four consecutive games against ranked opponents for the the Trojans, who play at No. 15 Notre Dame (Feb. 23) and at No. 11 Northwestern (Feb. 25) before their official home opener March 7 against No. 6 Boston College.