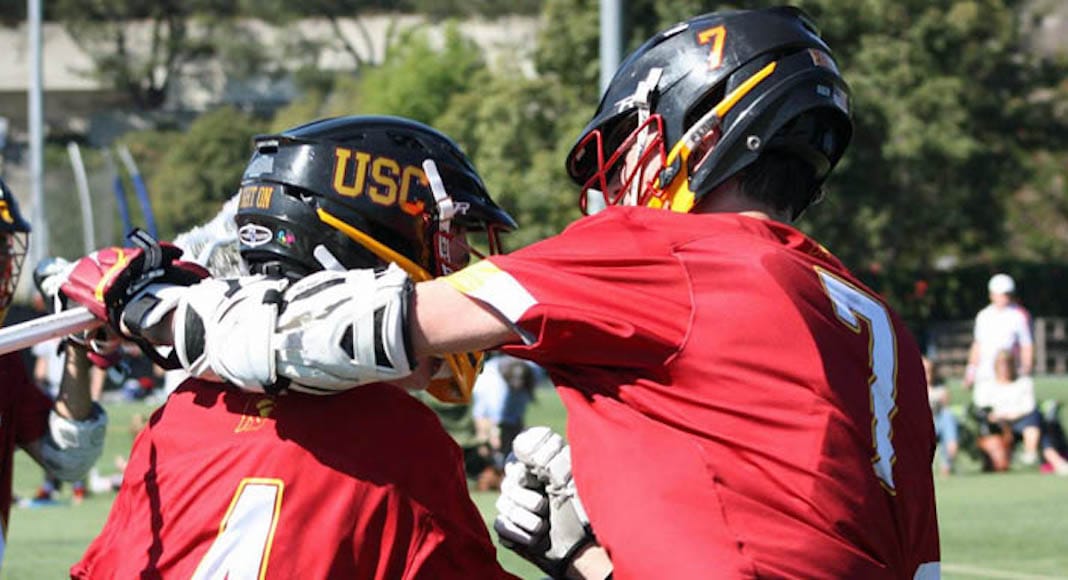 This story is from MCLA.US

LOS ANGELES – The University of Southern California men’s lacrosse team finally got the win it has been looking for.

It took the Trojans extra time, but they were able to knock off No. 24 Oregon State in double overtime by a score of 7-6.

It marked the Trojans’ first win over a ranked opponent in program history. One of, if not the hardest worker on the team, junior attackman Nate Galper had the game-tying and game-winning goals.

“Our coaches preach to just keep digging and we’ll find a way to win,” said Galper. “We literally carry a shovel around with us everywhere we go. I wasn’t worried at all when we were down 6-4 in the fourth quarter. We had lost a couple close games and I think that helped us get the nerves out in that moment. You hate to lose, but we had to learn how to win a game like this.”

The Trojans currently stand at 3-3, having dropped three games by a combined six goals. USC went 1-1 this past weekend after dropping a close contest to Arizona on Sunday, 10-7.

“You have to hand it to Arizona, they came out inspired and passionate and took it to us a bit,” said first-year USC coach Dan Moriarty. “It was also very noticeable that their sticks were much more crisp than ours. You hate to look at your record and see 3-3. Nobody strives to be average, but I love the direction our team is headed. We are improving and that’s all you can really ask for.”

“Our young men have done a fantastic job taking the coaching,” added Moriarty. “That’s not as easy as it sounds; to put so much trust into a head coach as young as me, I’m probably the same age as a lot of their older brothers and sisters, but they have, and it has been a pleasure to coach them. Not to mention being lucky enough to have an assistant like Jake Van Nostrand. He’s been incredible to lean on in my first year. Not many people have seen or know more about lacrosse than Jake.”

The Trojans have this weekend off as they gear up for their home opener vs No. 15 UC Santa Barbara on Saturday, March 3 at 1 p.m. at McAlister Field.

This will be the first time the men’s lacrosse team will play a game on McAlister Field, where the Division I USC women’s lacrosse and women’s soccer programs host their home events. It should be a great atmosphere for USC’s toughest test yet.