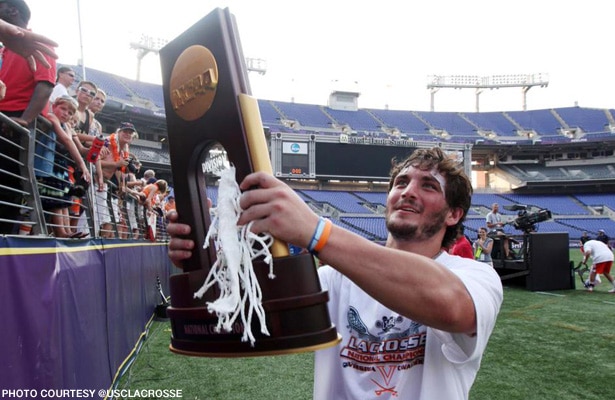 Ghitelman earned All-America honors at UVA, where he helped the Cavaliers to the 2011 national championship. He has played in the MLL with the Denver Outlaws and Charlotte Hounds, as well as the Cannons.

“USC is an outstanding institution, both academically and athletically, and I have the highest aspirations for the USC lacrosse program,” Ghitelman said. “I am thrilled to have the opportunity to coach and mentor our student-athletes, have a positive influence on the growth of lacrosse in the western states, and continue to train year around on the west coast.”

Ghitelman replaces Chris Boland, who resigned over the summer after two seasons as head coach. Ghitelman has spent the past four seasons as an assistant coach at Harvard, which, combined with his experience at Virginia, was attractive to the USC search committee.

“From his experience at UVA and Harvard, he understands the requirements of the student-athlete,” said Club Executive Board President Ross Ewing, “and we are confident that with his knowledge and past successes he will make a significant impact on our lacrosse program and catalyze USC’s upward progression. We are all really looking forward to his leadership and excited for the upcoming season.”