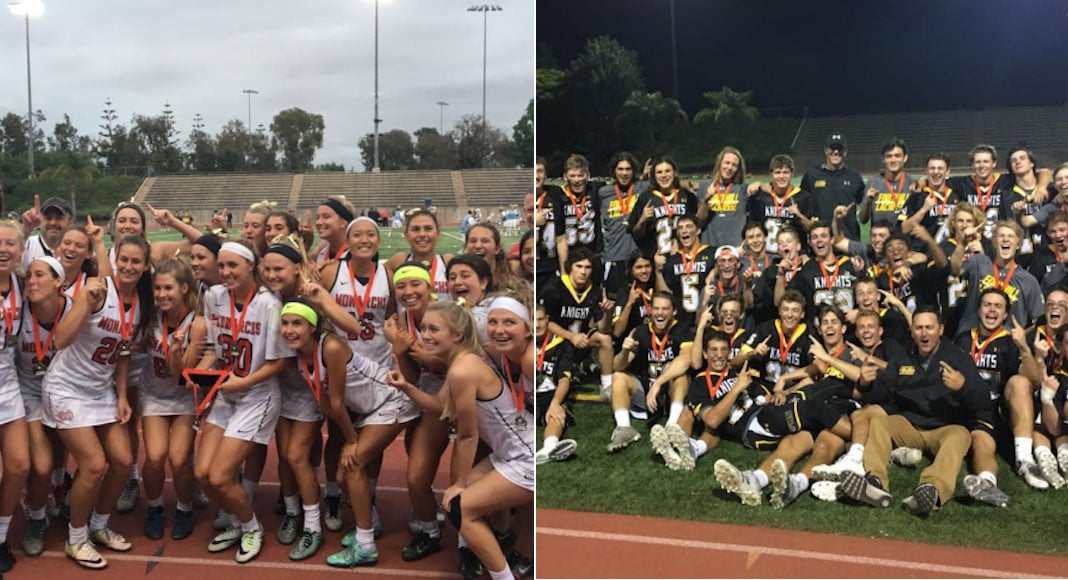 The Orange County Chapter of US Lacrosse (USL-OC) is offering sponsorship opportunities for the 2018 boys’ and girls’ lacrosse playoffs.  Two packages including a Title Sponsorship are available.

Each sponsorship package includes advertising exposure at a total of eight games, and helps to offset the costs of putting on one of the premier high school sporting events in Southern California. The two available sponsorship packages are described below.

1. A 12′ X 2.5′ Banner with the company as the title sponsor for the OC/SS High School Championships at the OC Semi-Finals, OC Finals and SS Finals.

2. Your company logo on the front of the commemorative t-shirt with the OC Lacrosse Championship Design. Sold at each game. Two Color Design

3.  The design for the t-shirt will also be printed on the front of the program for the OC Semi-Finals and OC Finals. Possibly SS Finals

4.  Your company would be announced at the title sponsor before each game, at half time of each game in the stadium and on the live stream.

5. USL-OC may is willing to consider a combination of cash and merchandise exchange for the Title Sponsorship Package.

1.  Your color logo on a 12′ X 2.5 banner with the other gold sponsor at each game of the the OC Semi-Finals, OC Finals and SS Finals.

2.  Your company logo in a single color on the back of the commemorative t-shirt that will be sold at the games.

3.  Your company logo on the back of the program that will be available at the OC Semi-Finals and OC Finals

4.  Your company will be announced as a gold sponsor at halftime of each game.

For more information or to secure a sponsorship package contact  Tracy Maahs at Tmaahs@yahoo.com