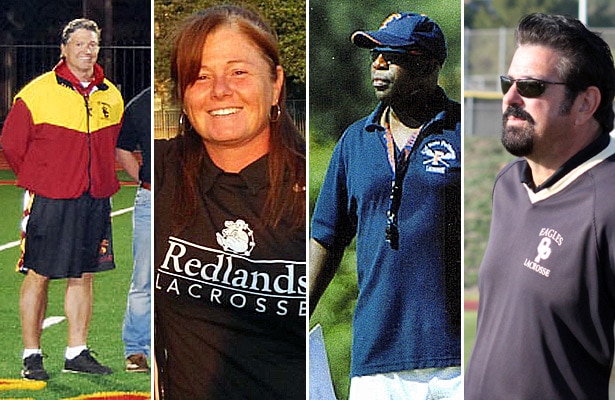 Charlie Meister, Suzette Soboti, Ryland Huyghue and Tarik Ergin, all of whom have made significant contributions to the growth of lacrosse in Los Angeles, will be inducted into the Greater Los Angeles Chapter US Lacrosse Hall of Fame on April 11 and honored with a dinner at The Mark in West Los Angeles.

Early ticket purchase is available through Sunday. As of April 4, the price will increase. Tickets can be purchased here.

Special guest Paul Carcaterra, an All-American at Syracuse and currently an ESPN lacrosse commentator, will serve as master of ceremonies. The event begins at 6:30 p.m., Monday, April 11, at The Mark (9320 W Pico Blvd, Los Angeles).

Complete bios of the 2016 Hall of Fame inductees are available here.

For more information on the Hall of Fame induction dinner, visit the Greater LA Chapter US Lacrosse website.