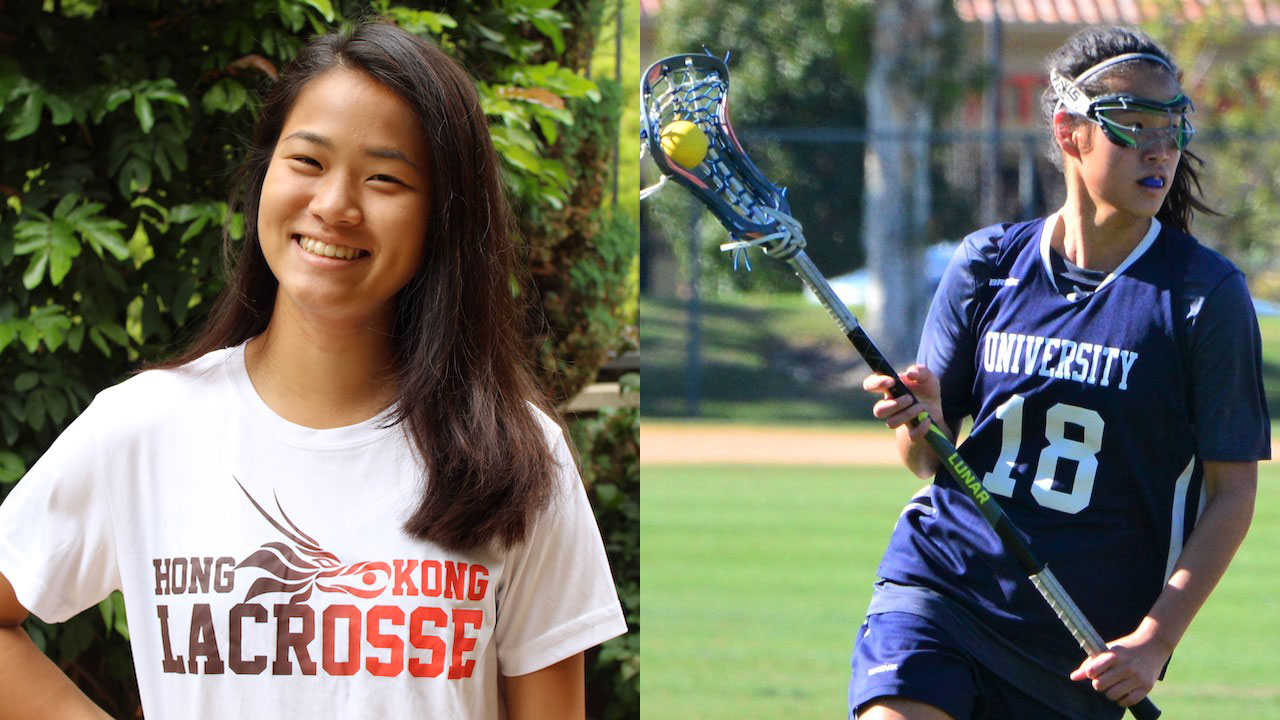 Mya Wang, a rising junior from University High School, has been selected to play on the Hong Kong Representative Team at the U-19 World Championships in Peterborough, Ontario in August.  Wang was one of 20 women selected for the squad that will play in pool E against Israel, Haudenosaunee, Puerto Rico, and Belgium.

“When I found out I made the team, I felt exhilarated,” Wang said by email. “I am proud to represent my heritage and excited to play at such an elite level.”

Wang said that the process started about a little over a year ago over a conversation about food.

“Coach Holly Reilly (Renegade Lacrosse) had just finished working with the Hong Kong team,” Wang said, “and she and my parents were conversing about all the delicious food! My mom mentioned that she was from Hong Kong. Coach Holly immediately exclaimed that I would qualify to be a player on the team and introduced us to the team’s coach.”

In addition to working with the Hong Kong team, Reilly was a member of the US National Team from 2008 to 2014 and is also currently working with Argentina Lacrosse to help develop a national team in that country. So she knows international talent when she sees it.

“When I heard she would qualify, I immediately thought Mya should play,” Reilly told MaxLax. “She has to play on this team. She’s a stud.”

And so began the selection process.  With Reilly’s assistance, Wang spent over a year sharing film, stats, and tournament schedules with Hong Kong coaches and also spent quite a bit of time conversing with the coaches.

“Coach Holly was always there to guide me along the way,” said Wang. “I’m grateful for how much effort she has put in to helping me throughout this process.”

Wang led Uni to a share of the Pacific Coast League championship and was named PCL Player of the Year after finishing the season with 97 goals, 21 assists, 197 draw wins, and 28 takeaways. Soon after the high school season she jumped on a plane and helped Team OC to a 4-1 record at the Women’s National Tournament in Maryland.

However, she is not resting on her accolades and shows no signs of slowing down this summer as she gets ready for international play.

“I will individually prepare by continuing my daily stick work, stair and parachute running, and weights,” Wang said.  “I will be also be participating in traveling tournaments and camps throughout the summer with my club team.”

Wang will also spend several weeks on the East Coast training with the Hong Kong team as they prepare for the Word Championships, which are less than two months away. Hong Kong’s first game will be against Israel on August 1 at 12:30 pm eastern time.

If you are interested in representing your heritage in international women’s lacrosse visit https://worldlacrosse.sport/ for eligibility requirements or contact Holly Reilly at HollyM.Reilly@gmail.com.