According to the Centers for Disease Control and Prevention, three cases of a deadly disease in one week is considered an outbreak. The University of California Santa Barbara faced an invisible monster this week. Three students last week were admitted to the hospital, all three had contracted the infectious disease Meningitis. One of the students was the UCSB Gouchos’ lacrosse player, freshman Aaron Loy. 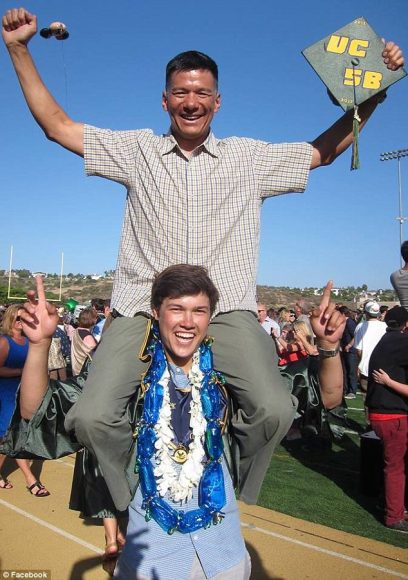 It is reported that if Aaron’s roommates waited any longer get him to the hospital, the results were likely to be fatal. Instead, doctors were able to treat him with antibiotics which cleared up the disease, but unfortunately his feet had to be amputated as a result.

“Tragically the tissue, muscle and nerves in his feet became irreversibly necrotic. Yesterday, Aaron’s feet were amputated to save his lower legs and to reduce the risk of further infection” his family wrote on their CaringBridge page.

The strand that affected Aaron is still without vaccine, but the County encouraged locals to get vaccinated for the four other strands that also exist. No other cases have been reported.

“Early treatment is critical because the disease can quickly become life-threatening,” according to the report. “A rash, which can be purple, appearing on the body accompanied by fever, can be a signal that a person has meningococcal disease.

Other symptoms include severe headache, body aches, joint pain, nausea, vomiting, increased sensitivity to light, and confusion. [As if not enough], the disease can be mistaken for flu early in the course of the illness.

It is spread by exchanging respiratory and throat secretions, so sharing water bottles, cosmetics, toothbrushes, smoking materials and kissing can spread the disease.

Anyone with the signs or symptoms of meningococcal disease should seek medical care immediately.”

When something of this magnitude happens it’s effects can be felt far and wide. Although we may come from different backgrounds and play for different schools, we are all part of the same lacrosse family. This fact plays directly into the overwhelming love and support for Aaron and will surely continue to aid in his recovery.

Keep Aaron and his family in your thoughts and do what you can to help on his CaringBridge page.