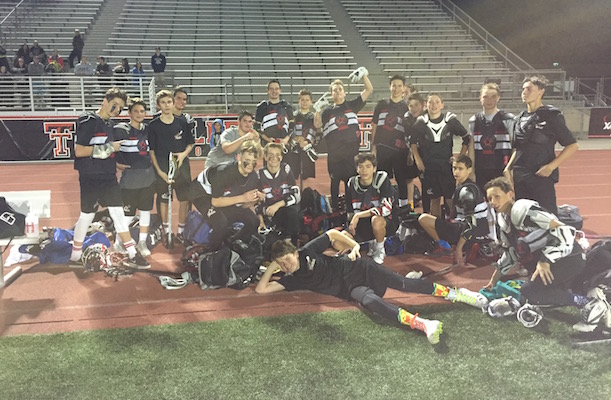 In a very close U15 boys’ game through three quarters, the Rebels Jedi Masters finally pulled away in the 4th quarter and went home with a 10-6 win against a very solid Hewes Highlanders Team. The Rebels got their offense on track in a big way with 4 goals from Jake Landry, 2 each from Max Horrowitz, Matthew Guest, and Carson Poremba. Unselfish play and excellent ball movement by the Rebels made it almost impossible to keep count of all the assists.

The Rebels defense did their part on the other end of the field with solid play that slowed down the Hewes offense. OC Rebels Goalie Ryan Olsker had several big saves in the cage to help secure the Rebels Victory.

Coach Greg Guy was impressed with his team’s collective effort, noting that everyone worked hard and did their part. After saying that he has never been more proud of a team win than this one, Coach Guy added “We new this was going to be a tough game coming in, but the boys really worked hard for each other and got it done!”