U Of A Wins Sportsmanship Award 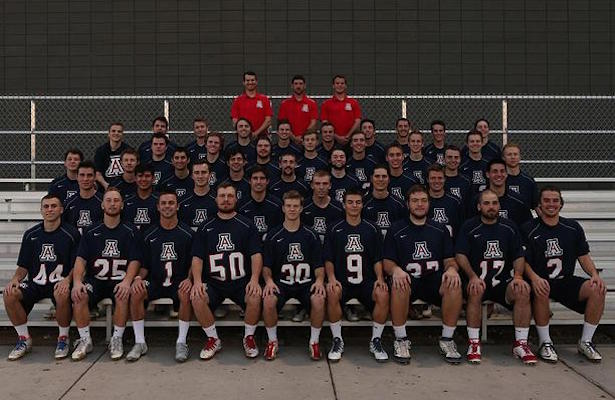 The University of Arizona men’s lacrosse team received a James “Ace” Adams Sportsmanship Award for the 2015 lacrosse season from the US Lacrosse Men’s Collegiate Officials Committee.  Initiated in 2006, the awards are presented annually to the college or university in each of the 11 officiating districts whose coaches, players, and fans exhibit the best sportsmanship throughout the season.

Both college varsity (NCAA) and club (MCLA) programs are eligible for consideration, with the winners selected by voting among each districts’ officials who are members of the National Intercollegiate Lacrosse Officials Association (NILOA).

The award exemplifies the tradition of sportsmanship in lacrosse displayed by Ace Adams, who amassed 284 collegiate victories during a coaching career that spanned across five decades and included stints at the United States Military Academy (Army), University of Pennsylvania and University of Virginia. At the time of his retirement in 1992, Adams had the most wins of any active NCAA Division I coach. He was inducted into the National Lacrosse Hall of Fame in 1975.

A strong Orange County presence that included Tanner Knego (Tesoro), Brett Burkholder (Tesoro),Ryan Falbo (Foothill), and Jack White (Beckman) led the LaxCats to a No. 13 ranking in the final MCLA poll. Knego was named First Team All American and the MCLA goalie of the Year. Falbo was named to the Southwest Lacrosse Confernece All-Freshman team