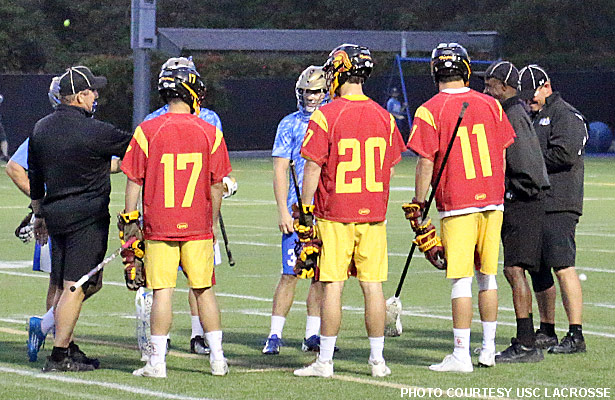 Freshman Nate Galper scored in overtime Thursday night, lifting visiting USC to a dramatic 9-8 victory over crosstown rival UCLA and securing the Trojans a spot in the Southwest Lacrosse Conference postseason tournament for the first time in program history.

According to a release from the Trojans (8-7, 3-2), this is the club’s first postseason berth, first winning season since 2005 and first winning record in the SLC since joining the conference in 2009. The Trojans advance to the SLC tournament, April 22-24 at either Arizona State or Arizona.