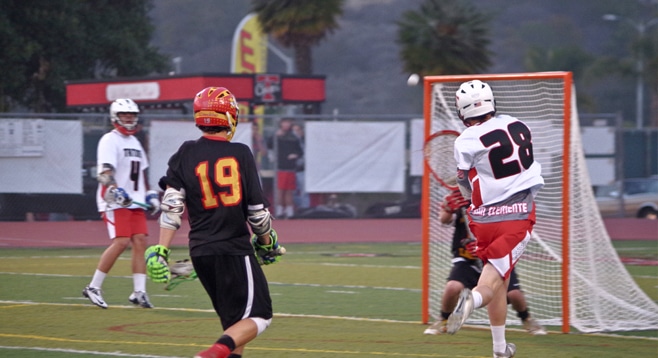 The No. 7 San Clemente Tritons and Mission Viejo Diablos faced each other in a rare early season league game Wednesday evening in San Clemente. San Clemente steamrolled to an 11-0 halftime lead behind junior attack man Jack Renard’s five first-half goals, then cruised to a 15-3 victory. Renard finished with seven goals on the evening to pace the Tritons.

Mission Viejo got on the scoreboard twice in the third quarter and once in the fourth. Rome Innocenzi had one of the goals for the Diablos.

The Tritons next travel to face LA power Palos Verdes on Saturday, while Mission Viejo will host Capo Valley on March 10.