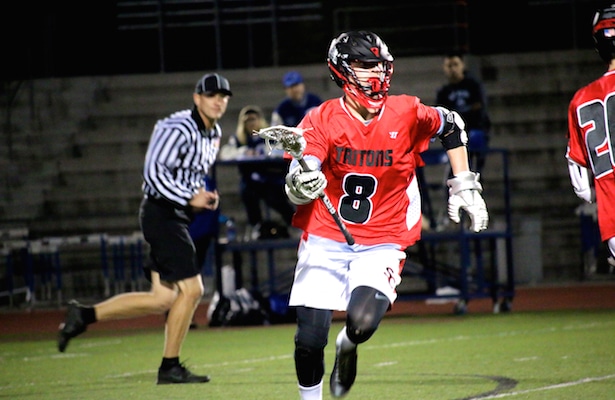 In a see-saw battle, the No. 6 Tritons held their own against the more experienced Broncos (loaded with 17 seniors) but lost, 6-5.
Both teams came out tentative, with Rancho Bernardo controlling possession. Duncan Copeland and Rex Rizzuti notched goals, as the Broncos jumped out to a 2-0 lead. SC hung tough behind junior goalie Austin Boyer, with five saves in the first quarter.
In the second stanza, the Tritons shook off season-opening jitters behind a Jack Renard hat trick. Sophomore David Howren also notched a score for SC. Jason Au kept the Broncos close with a goal, leaving San Clemente up 4-3 at the half.
Both teams traded goals in the third, as the Tritons maintained a slim one-goal advantage.
The battle raged on to the final minutes, as the Broncos pulled away with two late scores.
For the Broncos (1-1), Hunter So led the charge with two goals. Jacob Maldonado, Copeland, Rizzuti and Au also scored.
The Tritons (0-1) were led by Jack Renard (U.S. Merchant Marine Academy) with four goals. Boyer notched an impressive 11 saves. Max Lepley chipped in with four ground balls. Matt Keany and Garrett Eslick each served up an assist for SC.
–Special to MaxLaxOC/MaxLaxSD by John Reagan