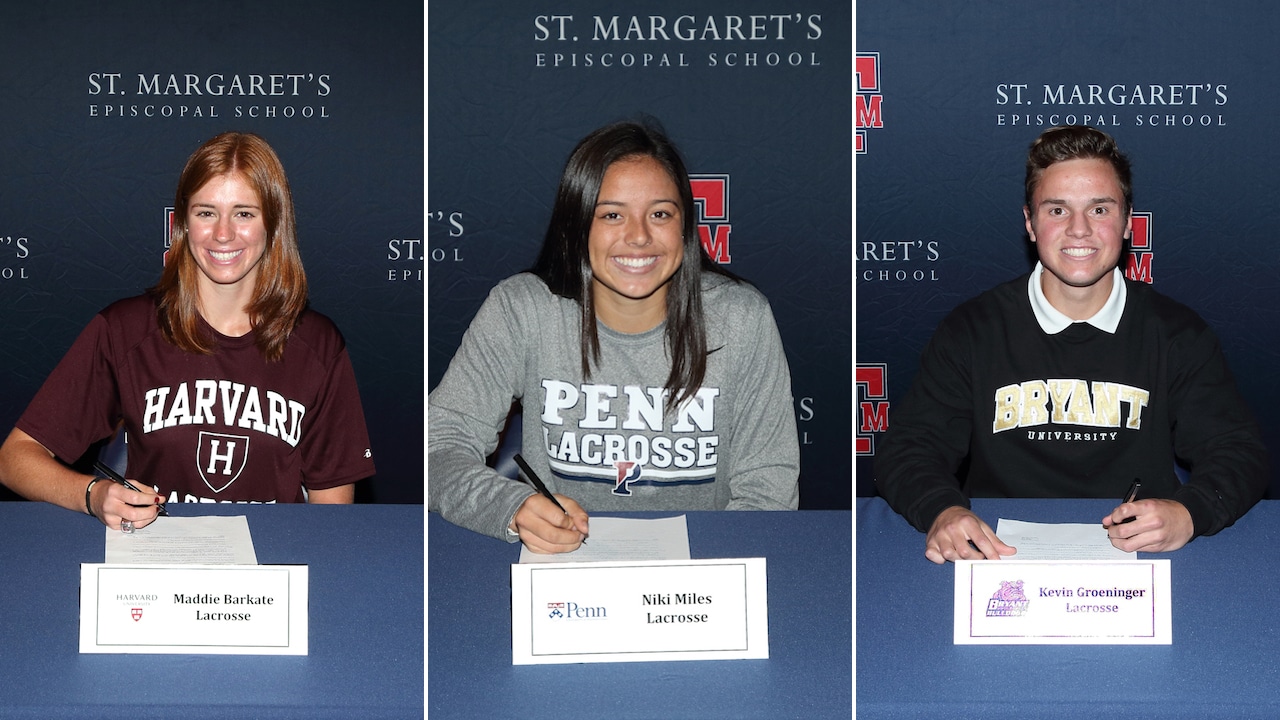 All three Tartans are multi-sport athletes.  Barkate and Miles play on the St. Margaret’s basketball team, Groeninger is a First-Team All-League soccer player.

At the club level, Barkate was named Adrenaline All-American, Under Armour Underclass Notable player, Highlight and Command team selection. She also competes for the varsity basketball team at St. Margaret’s.

Barkate also has been a two-time Presidential Volunteer Service Award recipient and is a regular volunteer at the Boys and Girls Club of San Juan Capistrano. She also volunteers her time as a lacrosse coach.

Groeninger’s club accomplishments include being named an Inside Lacrosse four-star recruit, being selected to the West Region Under Armour Underclass selection in 2016 and 2018, and was also a member of the Fellowship of Christian Athletes National teams in 2016 and 2018.

Groeninger is also a member of the Tartan varsity soccer program where he is a two-year starter and 2017 First-Team All-League selection.  He has volunteered with Special Camp for Special Kids and Atria Retirement Home.

Miles will study business and play lacrosse at NCAA Division-I University of Pennsylvania in Philadelphia.

A First Team All-Orange County selection in 2018, Miles will serve as a team captain for the Tartans in 2019. She led St. Margaret’s in ground balls, interceptions and takeaways during the 2018 campaign.

Miles has also been selected to the Under Armour Underclass All-American and U.S. Lacrosse National Tournament teams in 2017 and 2018.

Miles has also been an integral member of the Tartan basketball program as a junior and soccer program as a freshman and sophomore. She has devoted her free time to volunteering as a youth lacrosse coach, participating in coaching clinics at the U-11, U-13 and U-15 levels.