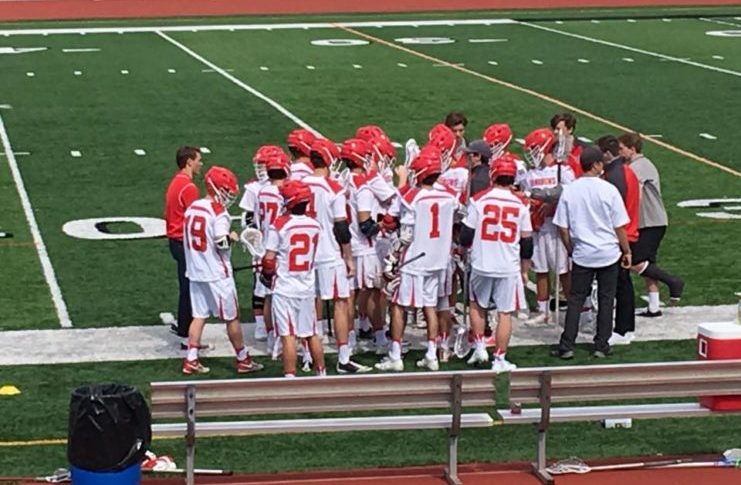 The Trinity League got off to a hot start this weekend as both the Servite and Mater Dei boys’ lacrosse teams picked up non-league wins on Saturday. Both the Monarchs and the Friars begin the season at 1-0.

Defense was the key early on for Servite. With both teams shaking off some early season rust, the Friars held a 2-0 lead after the first quarter. The offense picked up in the second quarter with the Sailors and Friars matching each other point by point to give Servite a 6-4 lead at halftime.

Servite buckled down in the second half and outscored the Sailors 8-3 to secure the seven-goal victory with eight different goal scorers. Freshman attack Jack Terrones led the scoring attack with five goals and two assists in his OC debut. 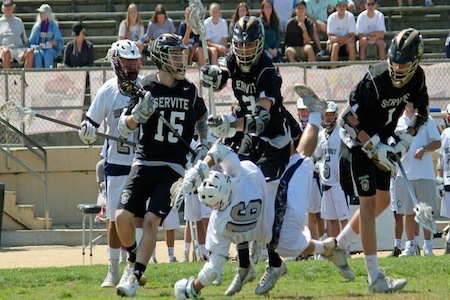 “It was a well deserved win for the young men of Servite,” said head coach Tom O’Leary via text message. “Countless hours of training, weightlifting, conditioning and film yielded us to a great a great start to the 2017 season.”

Up next: This week, the Friars return home for two games as they host Santiago Tuesday at 6 p.m. and Huntington Beach Friday at 7 p.m.

The Monarchs got off to a hot start as they defeated Notre Dame of Sherman Oaks (their first boys lacrosse game in school history) 18-3 at Huntington Beach high school. The 18 goals scored was the highest offensive output by a CIF Southern Section team on opening Day.  Seven different Monarchs scored at least once.

Sean Waterman led the offensive charge with six goals and two assists. Richard Eusey and Matt Kane had three goals of their own. Nick Sando contributed with two goals and one assist.

“We played great team lacrosse,” said head coach Johnny Rodriguez. “Every player on our roster helped us get our first win of the season.”

Up Next: Mater Dei will see a pair of home games on Tuesday to take on Norco and Thursday against Dana Hills. Both games will begin at 7 p.m.

The Eagles had the weekend off, but will begin their season at home Friday against El Toro at 7:30 p.m.

JSerra was off this past weekend as well, as they begin their regular season at home Wednesday and Friday against Aliso Niguel and Capistrano Valley.