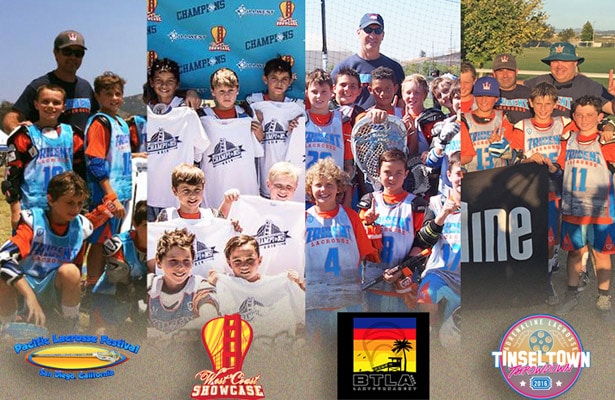 The Trident Lacrosse 2023 squad (U-11) went on a 23-1 tear this summer, bringing home four division championships in five tournaments played.

The team scored an impressive 254 goals, facing teams from four western states during the two-month stretch.

“This is a special group,” coach Alexis Goeller said. “They play very well as a cohesive unit, and each member adds value and contributes to our overall success.

To illustrate that point, every Trident offensive player (and a few defensive players) tallied goals this summer. “They play a very unselfish style of lacrosse, which is a big reason for their success, and it is fun to watch.” added Goeller.

Jack Henry Baumer and Trent Turner led the way from the midfield. The duo relentlessly pressured defenses forcing them to slide early and often, while Luc Dumont was a force at the face-off X.

The attack line of Van Borda, Lucas Goeller and Ben Horowitz was instrumental in creating scoring opportunities for themselves and their teammates and all three were relentless on rides, causing turnovers and swinging time of possession in Trident’s favor.

The Trident team will cap off its summer with the Shootout for Soldiers Aug. 6-7 in Dana Point before transitioning to box lacrosse for the fall and preparing for their fall/winter tournament schedule.