In the Varsity Division, Rip City possessed a strong hold on the rest of the playing field. Rip City doubled-up Victory SJC in their first matchup of the weekend (16-8) then continued that trend beating the LA Mavs National team 8-4 later that day. These two opening day wins allowed Rip City to secure the No. 1 seed in Sunday’s playoffs. In the opening round of playoffs, Rip City was able to handle No. 4 seed Montezuma’s Revenge 8-2. Rip City then shifted their focus to the LA Cobras, who had gone undefeated throughout pool play and were fresh off a commanding 10-2 semifinal victory against True Idaho. Ultimately, Rip City was able to keep the Cobras at bay, defeating them by a final score of 7-5 to claim the Varsity divisional title.

Contrary to their younger counterparts, the Rip City Open (ages 19-35) squad ran into trouble on their first day of play. Foreshadowing the eventual championship matchup, Rip City dropped a close one in their opener against Newport Beach LC 5-4. Rip City then fell 8-3 to the LA Mavs to find themselves seeded dead last at the end of pool play with a 0-2 record.

Now maybe Rip City prefers to play with an underdog type mentality, or perhaps more simply it just took the older guys more time to rid themselves of the rust, but on Sunday the Rip City men came to play. In the first round of the playoffs, Rip City was matched up against the LA Mavs, a team that had handled them just a day ago. However, this time around Rip City was able to edge the top-seeded Mavs 6-5. Rip City then set their sights to Montezuma’s Revenge. With momentum on their side, Rip City was able to cruise past their semifinal opponent by a score of 8-2.

Rolling with the confidence a succession of upsets can produce, Rip City found themselves pitted against Newport Beach LC in the Championship game. In a rematch of both teams opening game, Rip City, the Cinderella Story of the Tribz Lacrosse California Showcase, defeated Newport Beach LC by a final score of 8-4 to claim the open division championship.

Here is a quick rundown of the other divisions.

The LA Mavs dropped their opening game to Empire Lacrosse 3-2, then rebounded by defeating Slingshot A 8-3. In the playoffs they were able to win a series of close games, defeating the LA Cobra’s 5-4 in the quarter finals, Empire Lacrosse 7-4 in the semifinals, and True Idaho 7-5 in the championship.

Victory select cruised through pool-play, beating the LA Mavs 2022 8-4 and Hightide U15 9-4. Victory then faced the LA Mavs 2022 again in the semifinals, defeating the Mavs 7-6. In the Championship game, Victory was able to edge the older 2021 LA Mavs by a final score of 7-5.

OC Black Horse dominated their early games, defeating the LA Mavs Blue 12-4, and the H.I.L. 13-0. OC Black Horse turned around to handle Slingshot 9-0 in the first round of the playoffs, giving the team Back to Back shut-outs. The semi-final and final games produced relatively closer scores, with Black Horse defeating Buku 6-2 and the OC Crush 6-4.

Aces OC ran into no trouble in their first three games. They handled LA Mavs Orange by a score of 8-3, Buku 13-1, and Silverfin Silver 12-3. Their semi-final rematch against LA Mavs Orange proved to be their most challenging, but ultimately they were able to prevail by a score of 4-3. In the championship the Aces beat Empire Lacrosse 8-5.

High Tide started off the tournament in a strong manner, defeating Grizzly 6-4. High Tide then accelerated their play to the next level, defeating OC Wave twice by a score of 15-1 and 14-5. In the championship game, High Tide defeated TEAM Pride 19-6. 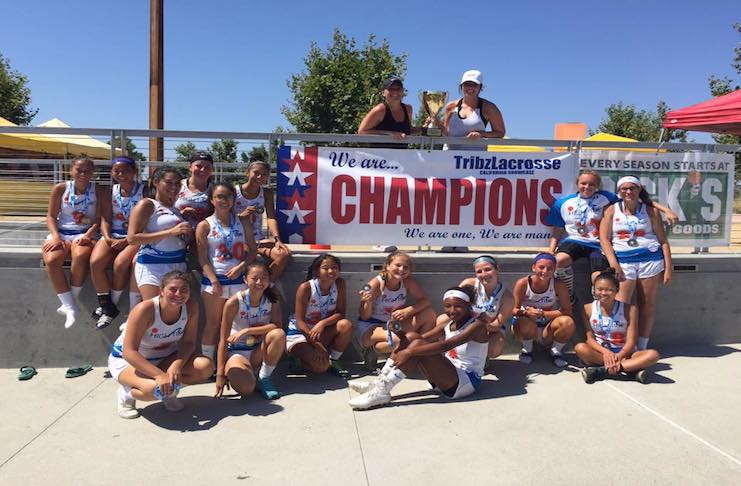 The Girls U11 division was comprised of three teams (HB, Silverfin, Tustin Tigers.) The Tigers did not drop a game throughout the tournaments entirety. The Tigers defeated HB 8-3 in the semifinals and Silverfin 12-6 in the championship.