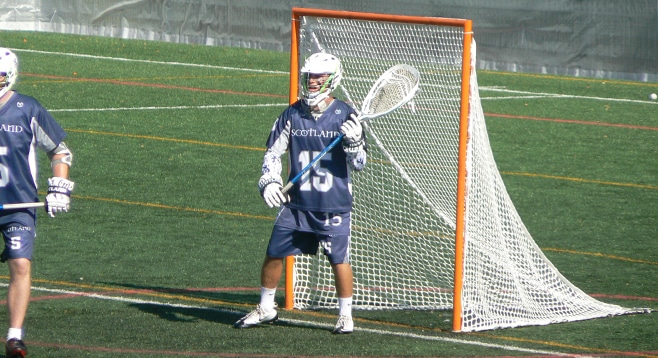 Earlier in the year MaxLaxOC.com reported that Jackson was touring the East Coast with Team Scotland and was a candidate for the their World Championships squad.

He has made the cut and will officially be playing for Team Scotland in the upcoming Federation of International Lacrosse World Championships in Denver.

Jackson graduated from Huntington Beach High School in 2013 and is now playing for Division 2 Rollins College in Winter Park, Fla. He completed a stellar high school career last year while earning All-American and 1st Team All County honors. Jackson has dual citizenship status because his father, Richard, was born in Scotland.

Trevor will train with the team in Scotland in June and the team will arrive in Denver July 4th. Pre-tournament games begin July 5th. The official 2014 FIL World Championships begin July 10th with the Championship game being played July 19th.