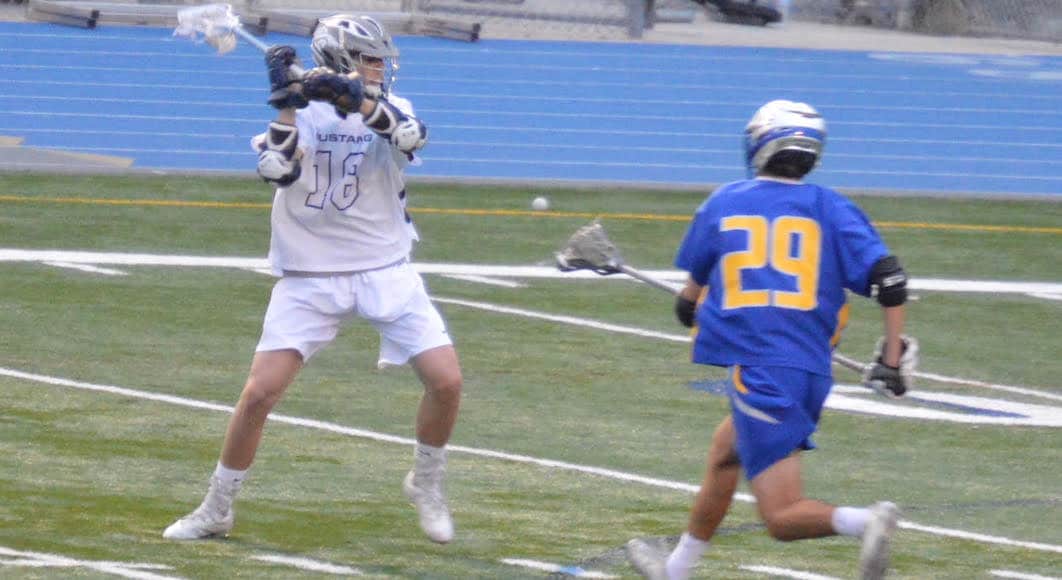 The Trabuco Hills Mustangs (8-2, 3-0) defeated Dana Hills 22-3 on Thursday to win their fifth game in a row and stay perfect in South Coast League play.   Since falling to Foothill 12-8 on March 13, the Mustangs have gone undefeated while averaging nearly 17 goals per game and allowing less than six.

True to form, the Mustangs  jumping all over the Dolphins early and never let up. The dominating performance allowed the Mustangs to go deep into their bench. The Mustangs offensive load was shouldered by Holden Evans (6 goals), Jared Friesen (5 goals), Jake Wathen (4 goals) and Jason Kauo (5 assists).

The Mustangs controlled time of possession through the strong play FOGO’s John Day, Colin Seedorf and Chandler Beeson. They were supported by LSM Christian Wright, Josh Burdette and Hunter Teston on the wings.

The South Coast League race appears to be turning into a two-team competition between the Mustangs and San Clemente (5-1; 3-0).  The two rivals will play the first of two league games when the Mustangs return to action after Spring Break on April 10th.