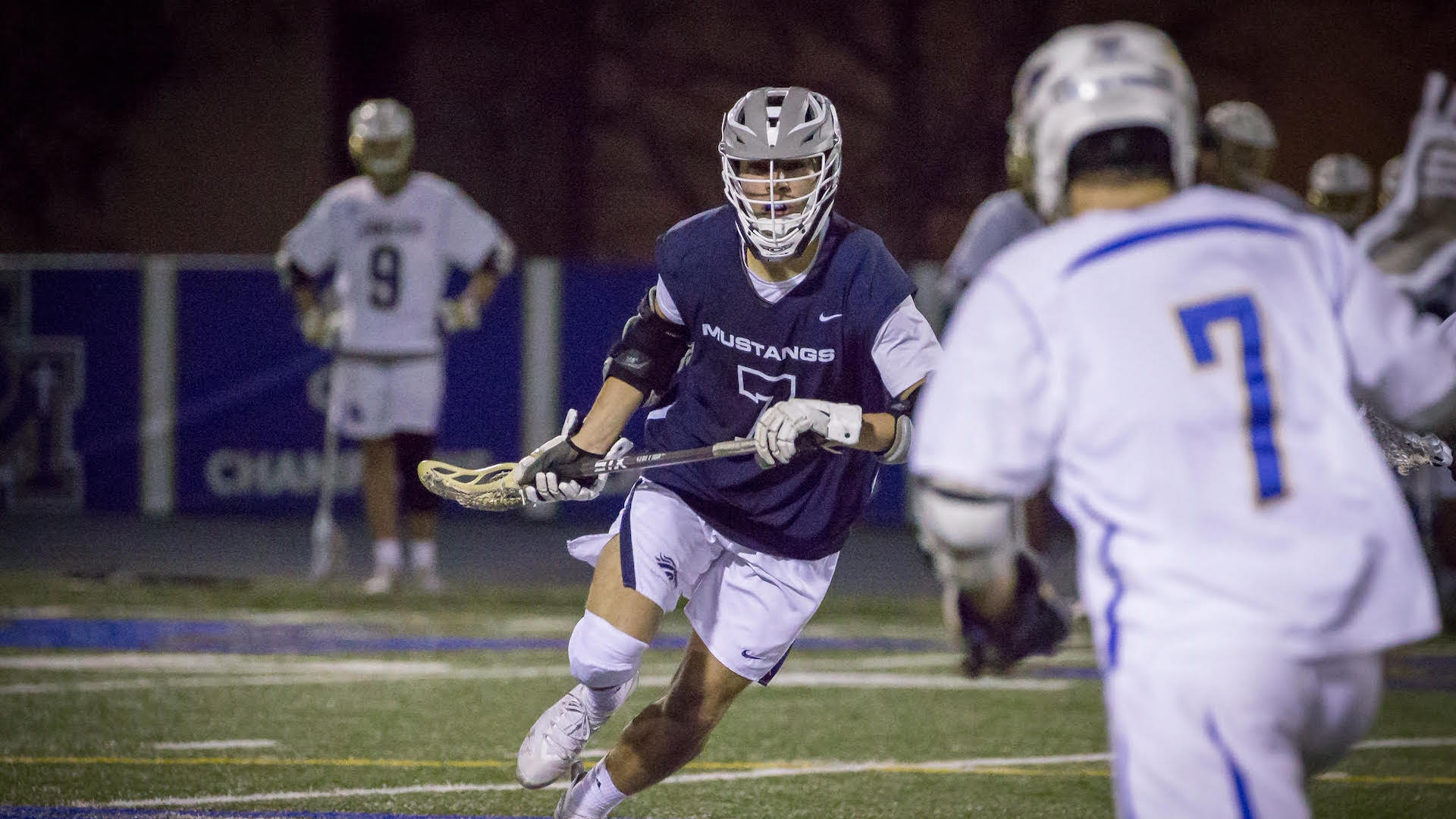 The 13-1 Trabuco Hills Mustangs traveled to Santa Ana on Tuesday night to take on the Monarchs of Mater Dei. The Mustangs were riding high after seeing their #2 ranking in the OC Lacrosse Coaches poll. The ranking is the highest ever in Trabuco Hills program history.

The Mustangs set out to prove they’ve earned the high praise from local coaches and they did just that right from the opening faceoff. Tuesday night proved to be one of the Mustangs best offensive nights this season. The ball movement was crisp, which resulted in multiple players having big nights.

Senior FOGO Colin Seedorf set the tone early by dominating the Monarchs at the faceoff X. He was assisted all night by LSM/defensemen Max Wulterin and d-middie Andrew Boskovich. Seedorf has generated extra possessions for the Mustangs all season long. Senior attackmen Jared Friesen (7 goals) tallied five first quarter goals off of passes from Holden Evans and AJ Switzer. Evans (7 goals) scored two first quarter goals of his own, while Switzer (3 goals) and Josh Burdette (3 goals) added one each to put the Mustangs up 9-3 at the end of the first quarter. The Mustangs never really looked back closing out halftime ahead 12-4.

The second half continued with the Mustangs dominating possession and sharing the ball. The Mustangs netted 10 second half goals from five different goal scorers including Seedorf and Justin Paget. The Mustangs defensive unit continued to show their prowess throughout the night as well. Wulterin and fellow defensemen Hunter Teston and Freshman Logan Angel kept the Monarchs potent attack line at bay most of the night and helped Sophomore goalie Cooper Gatine earn another win in the cage. The Mustangs came away with a convincing 22-9 victory on the night.

The Mustangs (now 14-1) return to action on Saturday, April 20th when they travel to Temecula to face Great Oak HS. The Monarchs travel to Anaheim on April 23rd for a Trinity League matchup against the Servite Friars.