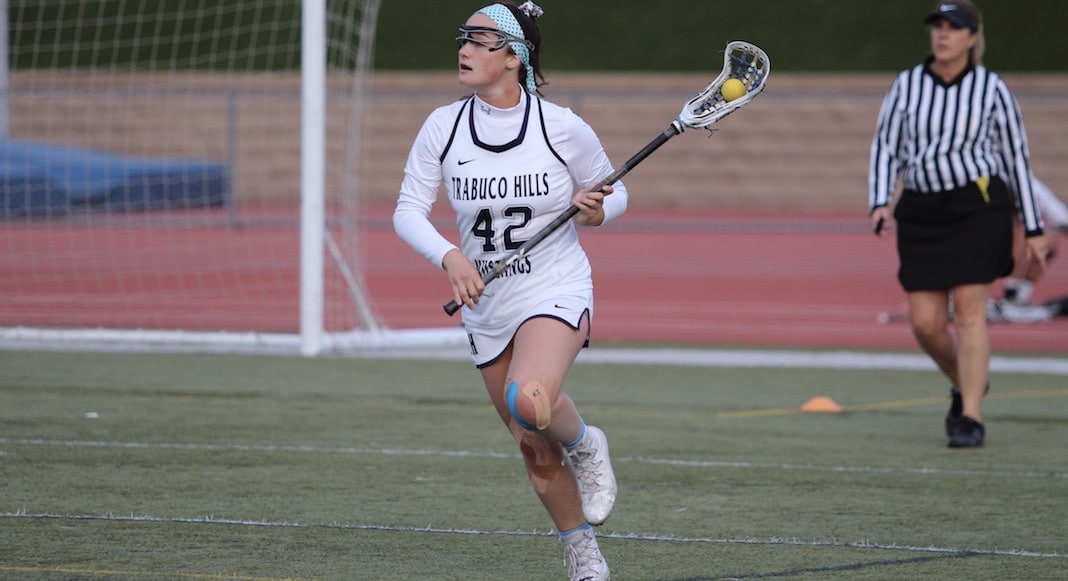 The No. 5 Trabuco Hills girls lacrosse team defeated No. 12 Newport Harbor 15-12 on Tuesday to reach the second round of the playoffs for the sixth consecutive time, a streak that is currently matched only by Foothill and Mater Dei.

The Mustangs got off to a quick start, gaining an 8-4 lead before the Sailor Newport Harbor closed the gap to 8-6 at the break. Like many teams, the Mustangs couldn’t easily shake off the dogged Sailors. The Mustangs led by only 11-9 midway through the second half before a three-goal barrage essentially put the game away.

The two-time South Coast League champion Mustangs were led by Hennessy Evans’ nine goals and five goals and an assist from Juliet Mooney. Morgan Yee had a goal and Ieneke Jimenez had four assists. Goalie Chiara Reniero made nine saves.

The post-season win also put Trabuco Hills in rare company: The Mustang’s winning their first-round US Lacrosse Southern Section playoff game in each of the last six years is a feat equaled by just two other Orange County programs in the same timeframe: Mater Dei and Foothill!