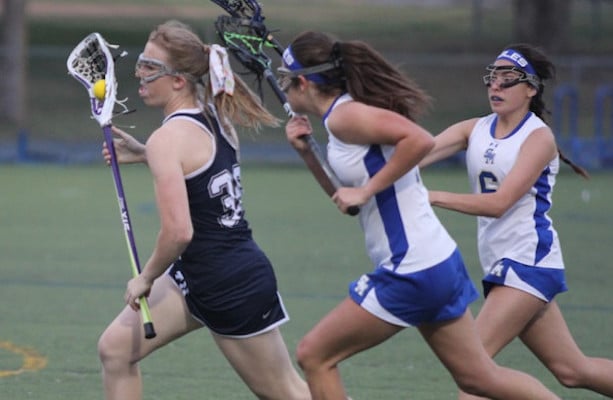 Trabuco Hills Girls Lacrosse Varsity shook off the first loss of the season and Spring Break by beating Santa Margarita, 14-10, in a non-league contest Wednesday night in Rancho Santa Margarita.

The hosts scored right off the opening draw, but the Mustangs reponded with a scoring flurry. By halftime, Trabuco led, 10-3.

Maybe it was rust, not playing in almost two weeks after the season’s first loss vs. Tesoro. But the Mustangs got complacent in the second half allowing Santa Margarita to almost pull off a come-from-behind win.

In goal, the Mustangs got great work again from Ashley Bell, who finished with 14 saves — eight in the first half; six after the break.