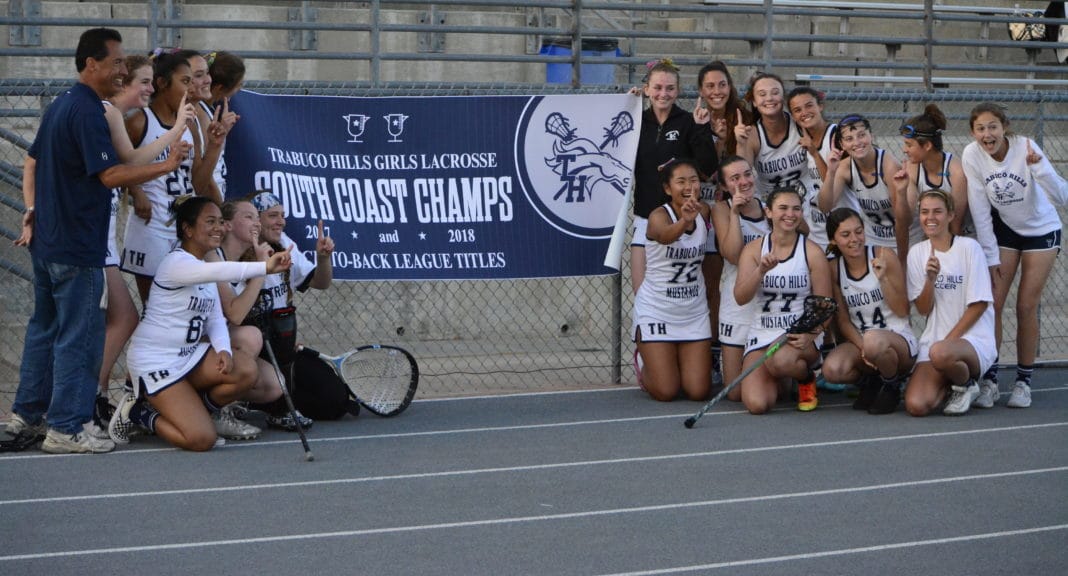 The Trabuco Hills girls lacrosse team on Thursday completed their quest to win back-to-back league championships for the first time in the program’s history with a 19-8 win over visiting Laguna Hills.

The Mustangs gained their second consecutive South Coast League title — third in five years — by taking a 6-1 lead on the Hawks (5-9) in the game’s first 10 minutes and kept that margin until half, up 11-6. After intermission, the Mustangs scored three quick goals to essentially ice the win.