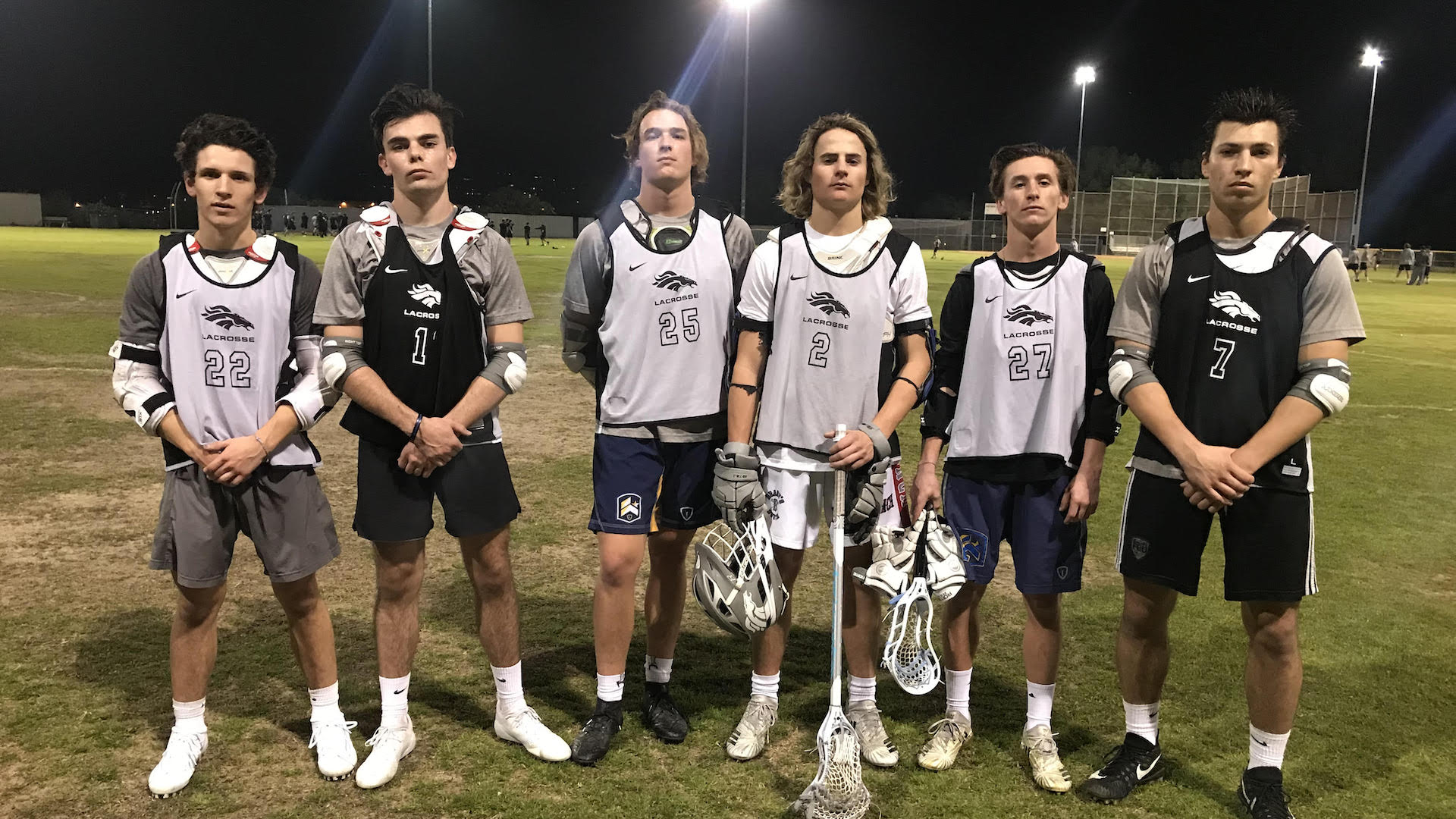 In a matchup of two top 10 teams who were both undefeated in South Coast League play, Trabuco Hills’ Josh Burdette proved to be the difference in their 13-7 win over San Clemente. San Clemente and Trabuco Hills entered the game with identical 2-0 records in league and impressive wins against quality non-league opponents.

The Mustangs jumped on the Tritons in the opening minute when Colin Seedorf won the faceoff and hit Jared Friesen for the first of his three goals. The remainder of the first quarter belonged to Burdette, who scored three first quarter goals off of passes from Holden Evans and AJ Switzer.

Seedorf outdueled the Tritons Jake Brannon throughout the night and scored a goal of his own during the Mustangs early 3-0 run. Seedorf helped the Mustangs win possessions and dictate the pace of play. The first quarter ended with the Mustangs ahead 6-1.

The pace of the game slowed a bit in the second quarter. Burdette scored his fourth goal on the night off of a nice assist from Evans. Evans tallied his second goal when Switzer found him cutting to the net uncontested. The Mustangs received another outstanding effort out of their defensive unit of Max Wulterin, Hunter Teston, Christian Wright and Logan Angel.

The foursome forced the Tritons into difficult shooting positions, which allowed goalie Cooper Gatine to come away with 4 first half saves. Tritons senior attackman Liam Nelson scored two first half goals and the Mustangs led 8-2 going into halftime.

The third quarter belonged to the Mustangs as well. Two-way middie Justin Paget and Switzer both tallied goals after long possessions. The Mustangs won possession off of an ensuing faceoff and quickly called timeout to retain possession. Switzer was staring down a double team on the restart, until he found Angel all alone along the sideline. Angel carried the ball three quarters of the way and finished with his first varsity goal.  Nelson added his third goal of the night and the Mustangs headed to the fourth quarter up 11-3.

The fourth quarter started with the Tritons Nelson and Trevor Sutton scoring in the matter of 2 minutes.  Friesen scored two fourth quarter goals for the Mustangs, who won going away by a final score of 13-7.

The Mustangs (8-1) have today off and return to action for their third game of the week at El Toro High School at 5:30pm on Thursday. The Tritons will look to rebound on Friday when they travel to Mission Viejo HS to face off against the Diablos.