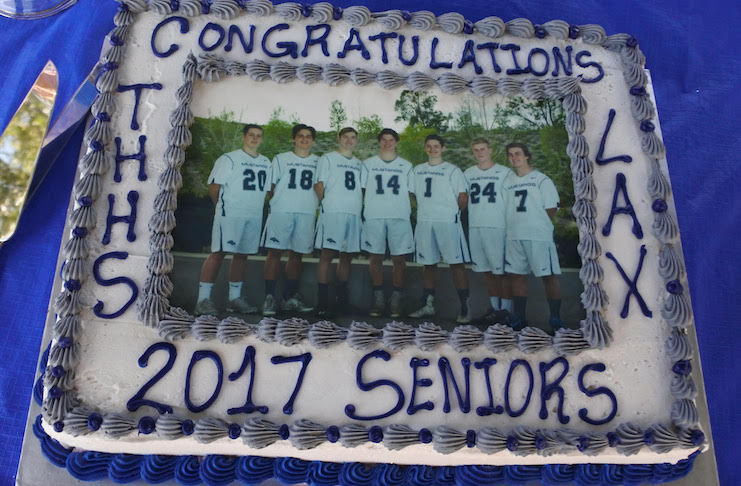 The Trabuco Hills Mustangs hosted the J-Serra Lions in a non-league game for Senior Night on Thursday. The Mustangs celebrated the contributions of seniors Jared Schoessow, Mason Morris, Kyle Thibault, Brett Bickler, Shawn Garland, Joe Henery and Gordy Jennings with an 18-3 victory over the Lions. The Mustangs scored early and often with goals coming from a wide variety of players. However, the night was dedicated to the hard work and contributions of the seven seniors who have helped build Coach Bassett’s program.
The Mustangs (3-3, 8-5) return to action at Trabuco Hills on Saturday afternoon for a game against former South Coast League, 241 Classic, and cross-town rival Tesoro (10-2, 7-0) which will have playoff seeding implications for both teams. JSerra (0-5, 2-13) plays Segerstrom (3-10) on Monday.
Contributed By Trabuco Hills Boys Lacrosse