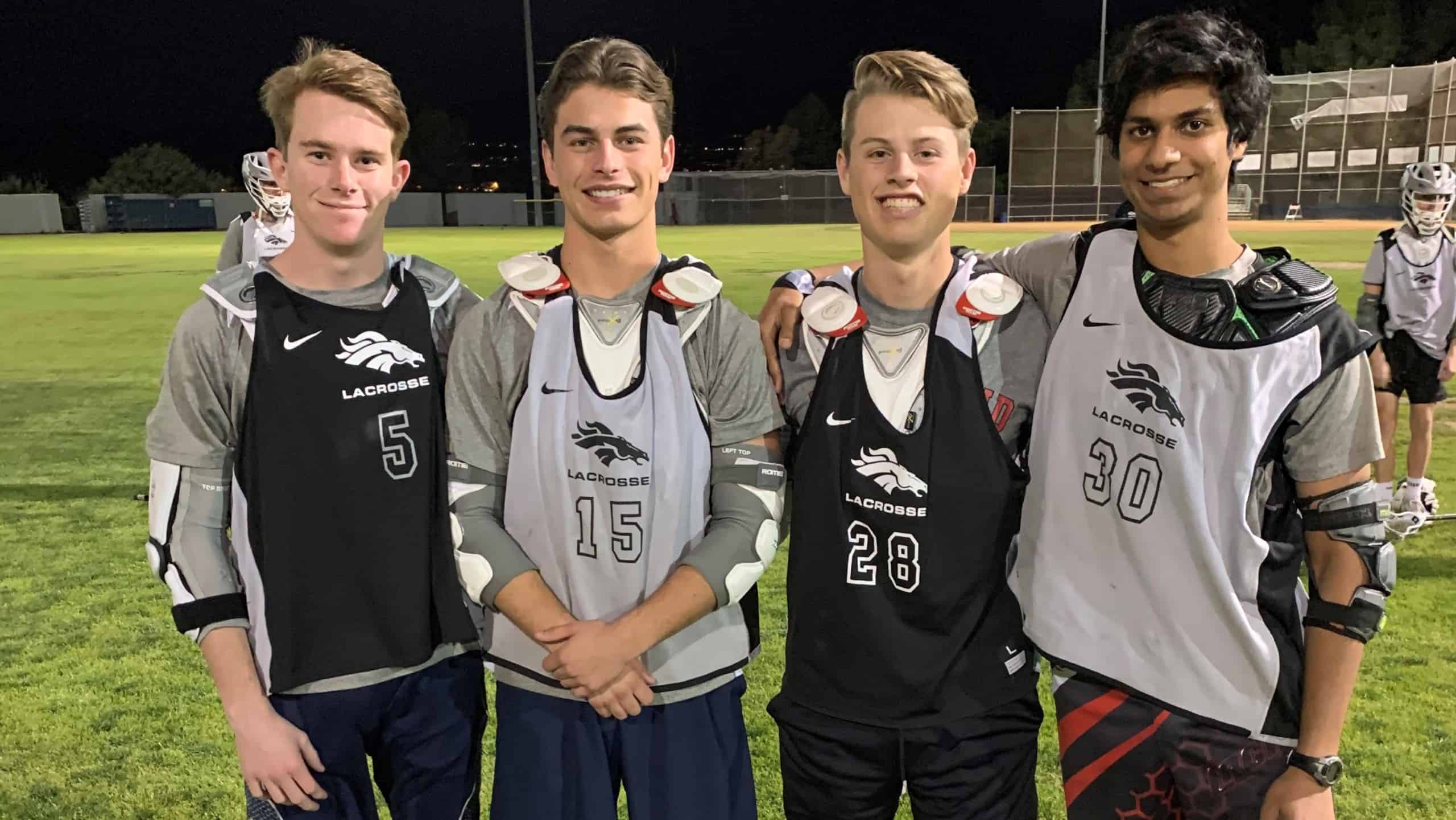 The Trabuco Hills Mustangs are coming off of the program’s first-ever appearance in the Final Four after posting a 17-3 record while sharing the South Coast League championship with San Clemente. This will be somewhat of a rebuilding year for the Mustangs as they attempt to replace offensive and defensive positions throughout the roster due to graduations. The Mustangs have a plethora of talent at every position; however, many players are stepping into starting roles or are freshmen stepping up trying to fill voids.

Josh Burdette is a senior midfielder who has started since his freshmen year and was named Second Team All-South Coast League. Josh will be expected to lock down opponents midfielders on defense and increase his offensive production for the Mustangs to be competitive.

Christian Wright is a returning starter at LSM, who leads by example both on the field and in the classroom. Christian’s level of play has steadily increased over the years, and Coach Bassett is expecting a break out year for him.

Defensive midfielder Andrew Boskovich had a productive year as junior on the varsity team last year. Boskovich is no stranger to leadership, having been selected as a Team Captain with the JV Team in his sophomore year.

Senior midfielder Sahil Sampat has been a virtual swiss army knife for the past three years within Bassett’s program. He has played defensive midfield, offensive midfield, and served as a back-up FOGO last year on varsity. He’ll be expected to bring vocal leadership and increased offensive production to the team this year.

The Mustangs open the 2020 season this Friday at home against El Dorado High School. You can follow all things related to Trabuco Hills Mustangs’ lacrosse via the team’s website www.trabucohillslax.com, Twitter @trabucohillslax, and Instagram @trabucohillsboyslax accounts.