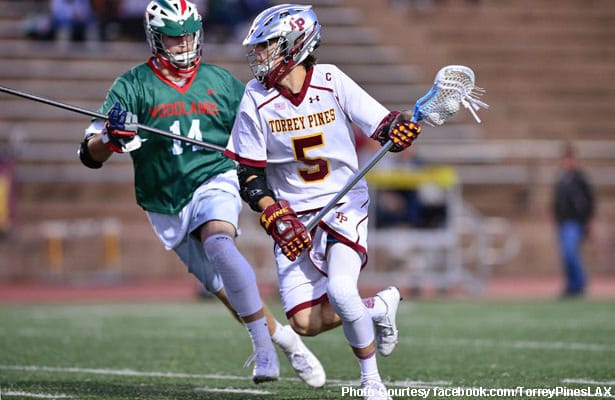 The Bruins are ranked No. 1 in the Under Armour/Inside Lacrosse Regional Experts Poll this week; the Falcons are No. 5. Torrey Pines (8-1) has lost only to Regis Jesuit of Denver, which is currently No. 8 in the Inside Lacrosse regional rankings.

Thursday, Cherry Creek took a 1-0 lead on a goal from Connor Till, but the rest of the quarter was all Falcons. They led 7-1 after one quarter and 10-5 at halftime. Torrey stretched its advantage to 12-5 midway through the third and led 14-7 heading into the final quarter.

Cherry Creek (3-1) scored three in a row to pull within 14-10 with eight minutes to play, but it stayed that way for more than four minutes before Torrey Pines scored to make it 15-10. That was the end of any comeback for the Bruins.