The Torrey Pines boys lacrosse team will begin defending its CIF title this March against a daunting nationwide schedule that just may have the Falcons finishing the season with the No. 1 Strength of Schedule in the West for the sixth straight year. The Falcons will face two teams that were nationally ranked in 2018 (No. 8 Deerfield Academy and No. 25 IMG Academy), the Colorado state champions (Regis Jesuit), the Texas state champions (the Woodlands), the Southern Section champions (Loyola of Los Angeles), and the Orange County champions (St. Margaret’s).

Other out of town competition includes Kent-Denver, the other finalist in the Colorado state championship game, Highland Park (Texas state semi-finalist), Dallas Jesuit (Texas state quarter-finalist), Massachusetts powerhouse Phillips-Andover and St. Ignatius.  And of course, La Costa Canyon and the rest of the Avocado League is on the schedule as well as traditional San Diego rivals Coronado, Poway, and Cathedral.

The Falcons finished the 2018 season ranked 15th in the country and No. 1 in the West, posting victories over teams from seven different states, including name programs like St. Ignatius (OH), Regis Jesuit (CO), Nobles (MA), Lawrenceville School (NJ), and Connecticut State Champion, Ridgefield High School to name a few.

While the team graduated several seniors, there is a strong nucleus returning and a lot of excitement in the air as the February 16 start date rapidly approaches. 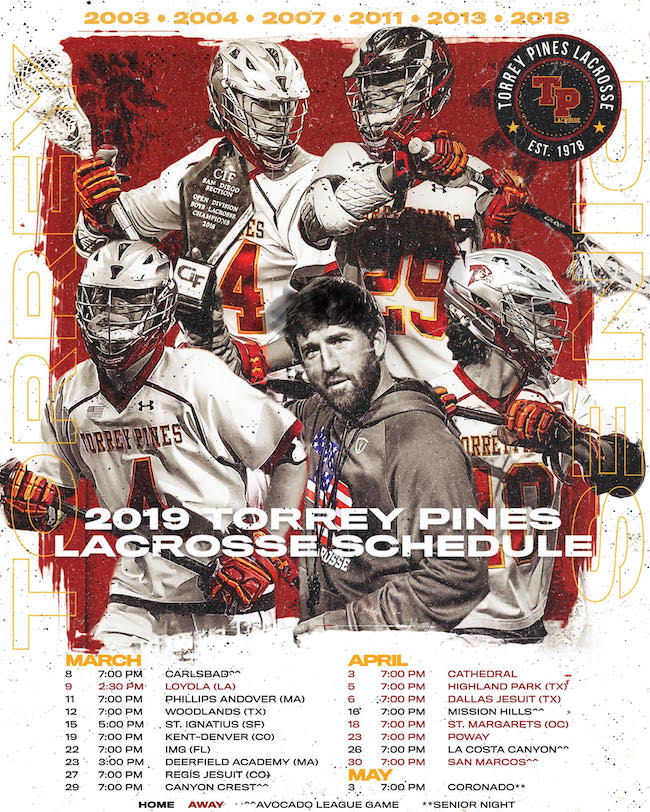