Torrey Pines Pulls Away from St. Margaret’s With Late Outburst 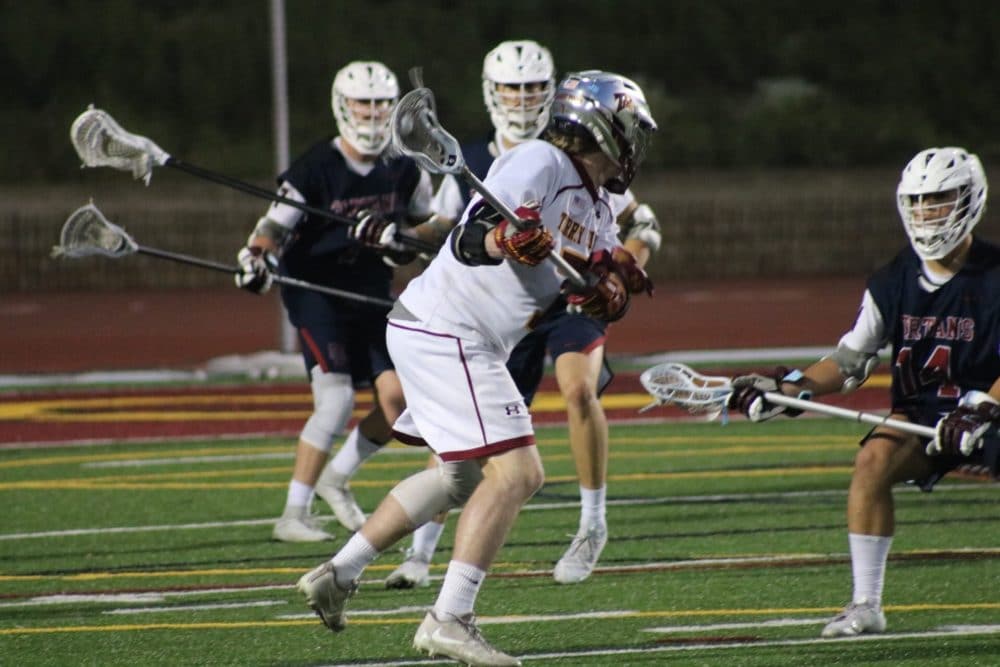 In a battle that lived up to the hype,  No. 1 in the West Torrey Pines defeated No. 5 St. Margaret’s 11-7.  The Falcons who are also ranked no. 20 nationally were unable to shake free from the dogged Tartans until midway in the fourth quarter when they scored three goals within 90 seconds to unlock a 7-7 score.

“When we’re out in transition, we’re just more athletic and deeper than teams and that is our strength, so we got back to doing what we do,” said Torrey Pines head coach Jono Zissi.

The game was physical throughout with both defenses keeping the score in check.  The Falcons took a slim 2-1 lead after the first quarter with both of their goals coming off costly turnovers from St. Margarets.

The Falcons looked like they might pull away when they opened up a 5-2 lead in the second quarter but the Tartans reeled them back in with two late man-up goals to make it a 5-4 game going into the half.

The Tartans had their best quarter in the third, tying the game at sevens.  With the defenses locked in, the score remained the same until midway through the final quarter and it looked like this one might go down to the wire.

However, things can change quickly when the Torrey Pines transition game kicks into gear and it did. The Falcons won a couple of clutch faceoffs and scored three goals within a minute and a half ahead of each other. A late goal secured the 11-7 win for the Falcons.

“We thrive in chaos and we need to get up and down because we’re athletic, so that’s sort of how we play,” Zissi said. “[St. Margarets] played a zone against us and tried to slow it down to their pace and they had some success, at least in the second and third quarter.”

Andy Shin (2g, 2a) and Garrett Kuntz (2g, 2a) led the Tartans offense with four points each, while Conrad Hampson (2g) and Koa Todd (1g) also contributed offensively. St. Margarets had trouble figuring out Torrey Pines’ defense for most of the game, committing 11 turnovers.

Torrey Pines will take on Bishops School (7-3) on the road later today while St. Margarets will conclude their regular season on the road at El Dorado (6-7) on Tuesday.