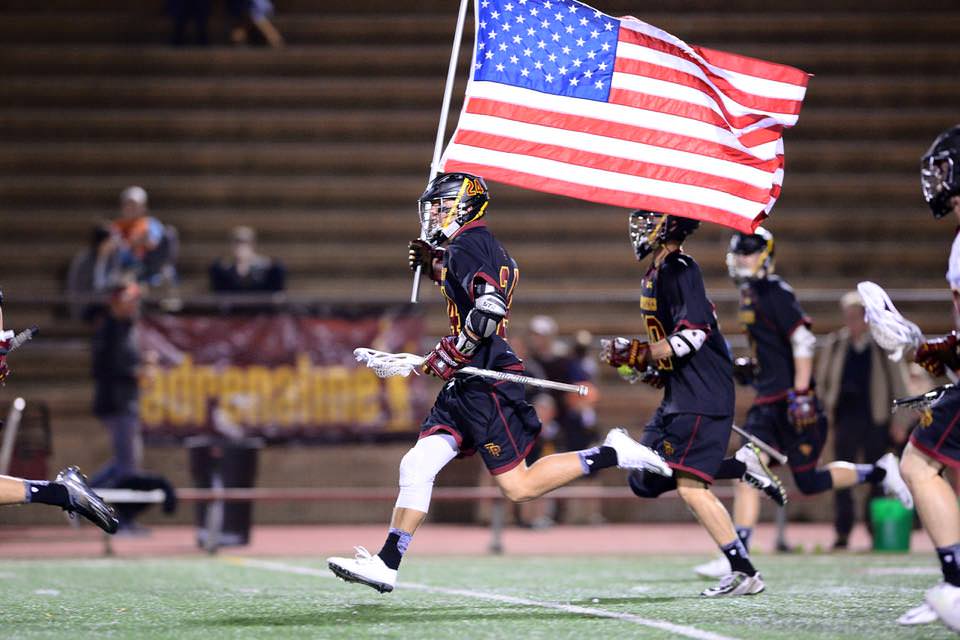 The game started slowly with both teams not able to manufacture much offense. Ryan Ramirez had the first goal of the game with a brilliant behind the back goal from a Josh Sherman assist. The Falcons scored 2 goals in the last minute of the quarter. Zach Friedland beat the Knights goalies for an unassisted assist. Then Spencer Grant won the faceoff and made a great feed to freshman Alex Pistorius for his first goal of the year. The first quarter ended with the Falcons ahead 3-0. Torrey Pines opened up the 2nd quarter behind goals by Marc Lefferdink and another goal by Alex Pistorius. Menlo School responded with 2 goals by Peter Gish. Ethan Deller finished off the quarter by scoring another goal for the Falcons. Halftime ended 6-2 for the Falcons.

Second half started off with two unassited goals by Josh Sherman who snaked his way through the defense to nicely finish off his shot. Defense midfielder Luke Braun then scored his first goal of the year to put the Falcons up 9-3. Zeke Coxe scored late in the quarter to make the score at the end of the 3rd quarter 9-3 Torrey Pines. Fourth quarter saw goals by the Falcon’s Marc Lefferdink and Knight’s David Schmaier to make the final score 10-4 Falcons.

Falcons won the battle of faceoff’s 10-6. Knights goalie Jack McNally had double digit saves and defended the goal well for his team.

The Torrey Pines Falcons travel to Corona del Mar to take on the Sea Kings at 1:00 pm on Saturday.

The Menlo School continues their southern California tour with a game against Cathedral Catholic on Saturday.