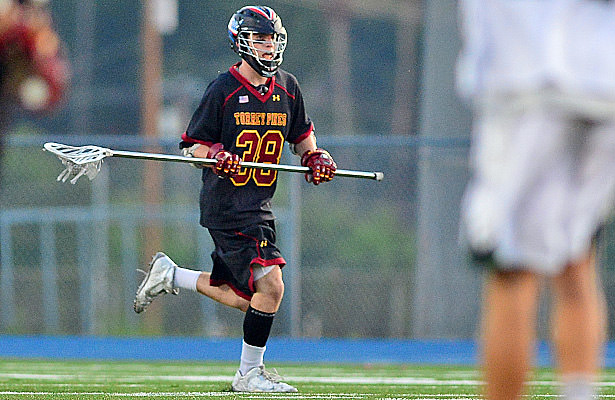 Junior LSM/D Jordan Yusunas of Torrey Pines has committed to play NCAA D-I lacrosse at Cleveland State, joining the new program’s second recruiting class. The Vikings will play their first season as an NCAA program in 2017, while Yusunas is a high school senior.

“I am really excited to be part of a brand-new program where we get to establish the traditions and legacy for future lacrosse teams,” Yusunas said.

Yusunas also considered Bellarmine, Bucknell, Fairfield and Lafayette, but the opportunity to get in on the ground floor and help build something was intriguing. He also noted that head coach Dylan Sheridan and top assistant Andy German are excellent coaches who are fired up about the program.

Yusunas plans to major in Sport Management, and the Cleveland State program places students in internships with all of the city’s professional sports teams, plus the stadiums and arenas for the Browns, Indians and Cavaliers are walking distance from the Cleveland State campus.

A member of RC Elite Carolina locally and West Coast Starz 2017 National, the 6-foot, 170-pound Yusunas also plays for Brady’s Bunch and Bunch Nation. A three-year member of the Torrey Pines varsity, last season he won the team’s Adria Horning Memorial Award for Most Inspirational Player. Last summer, he competed at Maverik Showtime and Adrenaline Black Card and was a member of the Under Armour West Underclass Team.