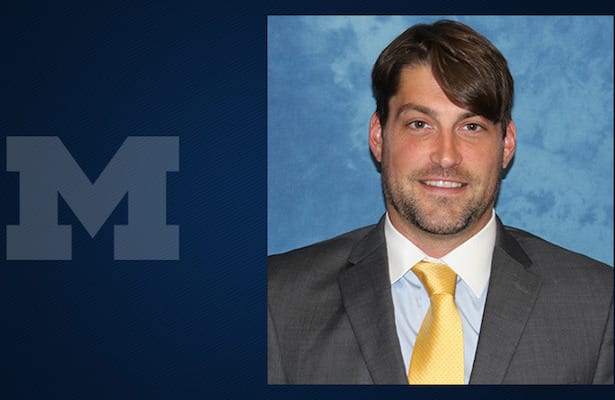 Coronado High School alum Stephen Torkington has joined the University of Michigan lacrosse staff in the role of volunteer assistant coach.   Torkington was a 2004 US Lacrosse High School All-American and a three-time all-county honoree at Coronado.

“I think we got very lucky that the timing worked out to add Steve to our staff,” said head coach John Paul. “We’ve all gotten to know him over the past few summers, and everyone he has worked with has raved about his ability and passion. He will be a great addition to our Michigan lacrosse family.”

Torkington, who recently graduated from Mercer with a Master’s of high education administration, cut his teeth at Pfeiffer as offensive coordinator, earning 18 all-conference players and four USILA All-Americans and aided in the squad going 43-25 during his tenure.

“I couldn’t be more excited to join the University of Michigan staff,” said Torkington of his appointment. “The moment I stepped on campus, I could feel the sense of family and commitment to excellence. I would like to thank Coach Paul for this opportunity to work with Team Five and his staff.”

He then moved to a similar role at Mercer for past two seasons, aiding in the squad winning the A-Sun regular-season championship in 2014 that featured a program-record seven wins and four All-SoCon team members in 2015.

As a player at Wingate Univeristy, Torkington was a two-time All-Deep South Conference honoree and a USILA North-South Game participant and was the fourth USILA All-American in school history, an honor he garnered in 2008.