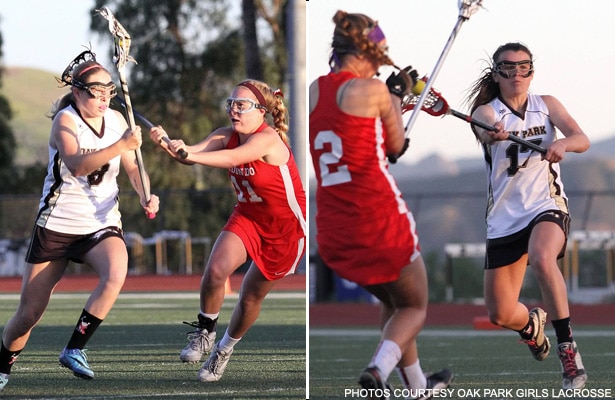 The girls championship game is at 5 p.m. at Culver City HS, with the boys’ title game to follow. Admission to the double-header is $5 (kids 10-under are free), and Culver City HS will be operating a concession stand.

This is the second team these teams have met. On April 1 at Oak Park, the Eagles handed Redondo its only loss of the season, 15-6.

Here’s a quick look at each of the finalists:

On offense, the Eagles are led by a quartet of juniors: West Point commit Morgan Shorts (79G, 19A), Julia Gilliam (60G, 29A), Ania Brown (57G, 18A) and Shayne Costello (34G, 20A). On defense, they rely on goalies Meggie Sheehan, a junior, and Alexis Robinson, a freshman, along with three-year starters Lauren Welin, Rachel Pham and Emma Barrow, all juniors, and senior captain and four-year starter Brooke Smailes.

This is the third consecutive appearance in the L.A. title game for the junior-laden Eagles, who start one sophomore, one senior and 10 juniors. The Eagles have played a difficult schedule this year with trips to Orange County to face three of this year’s playoff semifinalist — Los Aalamitos, Mater Dei and Foothill.

Orange County No. 2 seed Foothill plays No. 4 Beckman on Wednesday for the Orange County championship. The winner of the L.A. title faces the Foothill-Beckman winner Saturday at Mira Costa (10 a.m.).