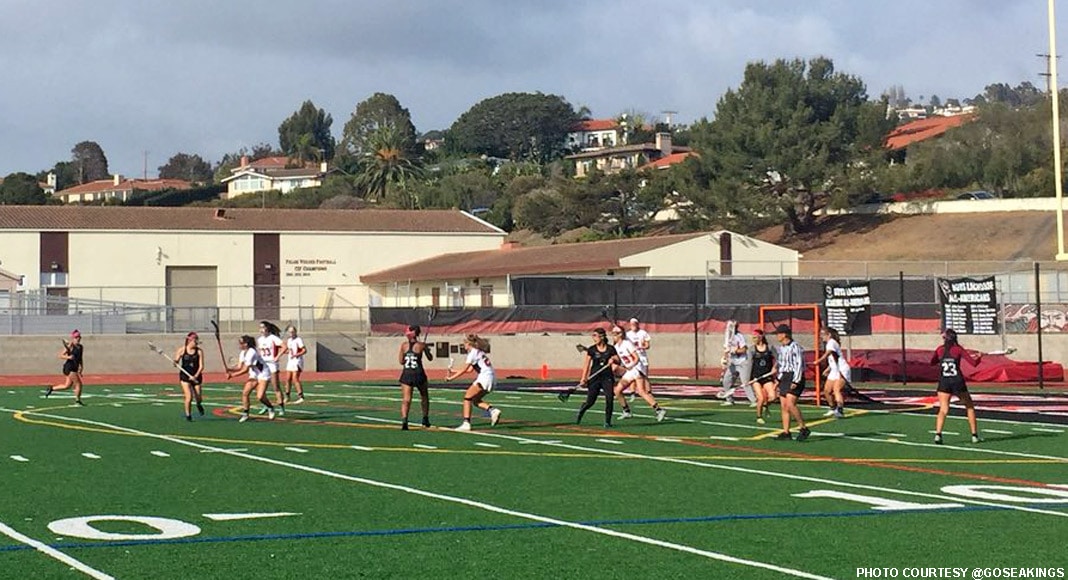 The No. 2-seeded Palos Verdes girls jumped out to a 5-1 lead in the first half and managed to keep No. 15 Downey at arms length the rest of the way, winning 12-5 in the first round of the US Lacrosse LA Girls Postseason Championship Tournament.

Palos Verdes advances to a second-round matchup Thursday at home against No. 7 Agoura, which defeated Chaminade on Tuesday. The Sea Kings beat Agoura 14-7 on March 11.

It was Agoura’s second win over Chaminade this season following a 10-9 overtime victory March 29. For the Eagles, that loss to the Chargers contributed to a 2-7 record in the second half of the season.

Sophomore Shelby Tilton scored five goals, and Sarah Sullivan and Malia Corpuz scored two each to lead the No. 3 Warriors (14-2) past the visiting Dolphins (13-6).

This team is simply the best. First playoff win in the books, next up is West Ranch at Westlake at 7pm. #gowarriors #laxfam pic.twitter.com/L4ldmq3Apm

The Warriors will play host to West Ranch in a second-round game on Thursday.

Bella Gervasi (5g, 2a), Sammy Nuchow (2g, 4a) and Jackie Nuchow (3g, 2a) helped the host Wildcats edge the Patriots 13-12, West Ranch’s second one-goal victory over Birmingham in the span of seven days. West Ranch won 12-11 at Birmingham on April 24.

The Wildcats (13-3) now travel to Westlake to take on the third-seeded Warriors on Thursday in a second-round game, the first time in its brief four-year existence the West Ranch girls program has reached the second round.