Top Four Move On to Semis 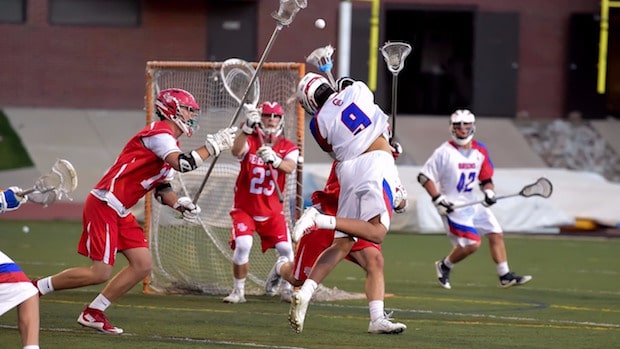 The 5A quarterfinals were completed this weekend at Legacy stadium.  There was some exciting lacrosse but in the end there were no upsets and the top four teams moved on to the semifinals.  #1 Regis dominated #9 Rock Canyon 10-3.  Regis controlled the game from the beginning leading 6-0 after the first quarter.  The Raider’s Zach Bodeau dominated at the face-off x , winning over 85% and helped Regis control the game.  #2 Mountain Vista played #7 Monarch in the last game of the day.  The Golden Eagles won 15-9 and again controlled the game by wining over 65% of the face-offs and  taking a 6-1 lead after the first quarter.  # 3 Arapahoe faced #6 Mullen in another rematch from earlier in the season.  It was tied after the first half but Mullen was unable to get their revenge as Arapahoe pulled away in the second half to win 8-4.  #4 Cherry Creek took on #12 Grandview ,the only upset winner from the first round.  Grandview’s cinderella story came to an end with a 16-9 loss. 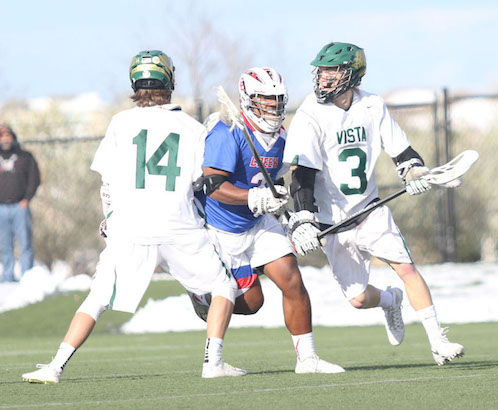 In the semifinals #1 Regis will face #4 Cherry Creek in a rematch from earlier in the season that Creek won 6-5 in OT.  #2 Mountain Vista will take on #3 Arapahoe in another rematch from earlier that Mountain Vista won 14-11.   The 5A semis will feature some of the top talent in the state but there are a few matches and players to watch.  Regis’s defense has proven it can stop anyone with a 4.2 goals against.  Can their balanced offense lead by seniors Alec Barnes, Cole Boland, Joey Chott, and Mikey Bealer provide enough to get the Raiders to the Championship.  Cherry Creek has proven they can beat Regis earlier this year and in last years state championship.  Will the offense lead by Asher Nolting and Henry Adams be able to score enough on the stingy Regis defense and get them past the Raiders to the championship.  Mountain Vista has proven they have one of the best offenses in the state with 14 goals per game.  Will Colin Munro, Jake Harvey, Jake Frane, and Jake Govett continue their torrid offensive pace to get by Arapahoe’s balanced attack lead by Keenan Moffitt, Riley Moynihan, Ryan Carlson, and Blake Widlund.  Whatever the outcome it should make for some exciting lacrosse Wednesday night at Legacy Stadium. 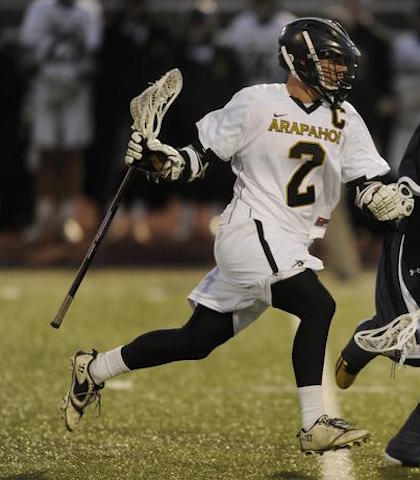