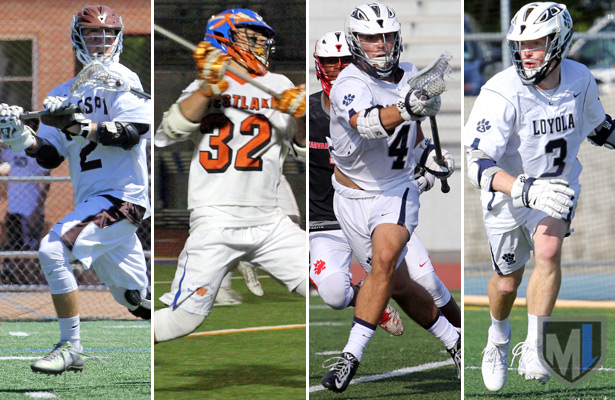 While in Lake Tahoe for the annual men’s tournament, a panel of freshly minted high school alumni picked the Top Five 2016 — ranking the top lacrosse players in LA from last season according to position. MaxLax was both a witness and a somewhat reluctant participant. This is their/our story.

Editor’s note: Normally, MaxLax strives for objectivity, balance and fairness. We name “players to watch” instead of “best players.” Our impromptu “committee” was far less altruistic.

Saturday night, sitting around the kitchen table at a rented house in nearby Carnelian Bay, Calif., the conversation turned — shockingly — to debating the talents and performances of various players in the LA area. And it quickly became an exercise in naming the Top Five 2016.

The ringleaders of this endeavor — listed in order of sheer decibel level — were:

Truth be told, Coach Livingston might have been louder than Doyle, but this was a players’ list, and Livingston apparently was allowed to argue but not to vote. Likewise, Oak Park JV and LA Mavs coach Morgan Weireter and Valencia assistant Mark Bell also were at the table, but their opinions mostly were ignored, too.

Rank the Top Five 2016, by position, from among all players in LA and Ventura counties last season. That’s it.

Editor’s note: MaxLax was upstairs, minding our own business, when all this went down. We came downstairs to get another glass of ice water (true story) and were accosted, forced into a chair and grilled relentlessly. OK, maybe it wasn’t like that (except for the ice water part). We could say the young gentlemen politely and respectfully invited us to participate, but that, too, would be a lie.

The following are the five names at each position scribbled on a random piece of binder paper by The Committee.

Spoiler alert: Shockingly, all four Class of 2016 grads on The Committee made the Top Five 2016 at their respective positions. Go figure.

The MaxLax view: Hard to argue with anyone on that list. We also would have considered Aidan Westley (Palos Verdes/MIT) and Rizal Smith (Palos Verdes/Stevenson), although The Committee considered Smith a middie. There certainly are others worth mentioning, but The Committee was clear — five names and five names only. (Although for all the talk about ranking the top five, they still couldn’t decide on a clear No. 3 — Doyle or Faecher.)

Editor’s note: At one point, while MaxLax was naming attacks, Doyle shouted, “If you say [name redacted], I am leaving this table.” MaxLax told him we just might call his bluff on that. Chagrined, Jack said, “OK, I’ll shut up now,” drawing cheers from the mom table across the kitchen — a table that included Mrs. Doyle. True story.

The MaxLax view: This was an interesting list. It’s great to see Oaks earn the recognition of his peers and surprising that players like Zane Crandall (Mira Costa/Lafayette) and Peter Henkhaus (Palos Verdes/Marquette) didn’t make the cut. Both appeared on a second list scribbled in the margin, but they didn’t make the Top 5 cut. Apparently, the reasoning was that Crandall missed a lot of time to injury this season, and Henkhaus, who also missed a few games, had such a strong team around him that he didn’t stand out.

POLES
Editor’s note: The Committee placed all long-pole defenders in one group. Since most of these guys bounced back and forth between close defense and LSM anyway, it didn’t matter much.

The MaxLax view: Another strong and versatile group. Jones, Sullivan and Phillips rarely left the field for their teams. In fact, The Committee said Jones and Sullivan easily could have been co-No. 1s. Riley was first-team all-Mission League at close defense as a junior, then bumped up to LSM last spring and was first-team all-Mission again. Sharp regularly covered the opponent’s best attackman, leaving Jones free to play off-ball, where he was a monster forcing turnovers, collecting GBs and running transition. Cooper Isaacs (Agoura ’18), Nick Mohler (Loyola ’17/St. John’s) and Kaveh Torabian (Oaks Christian/Boston University) also received consideration.

SPECIALISTS
Here is where The Committee got lazy. There was no Top Five 2016 list of goalies or face-off specialists.

The consensus was that Joe Theuer (Loyola ’17/Tufts) was hands-down the best goalie in the area, but that Matt Kilkeary (Westlake ’17), Jason Pawlak (Agoura/Hill Academy) and Connor Jongewaard (Palos Verdes/Centre College) would be in the discussion for Top 5, if members of The Committee were inclined to discuss it. They weren’t.

Philip Thompson (Harvard Westlake/Princeton) and Aidan Hesse (Loyola ’18) were named in a very brief discussion of face-off middies. MaxLax would include Matthew Parham (Thousand Oaks ’18) in that hypothetical conversation, and we’d even entertain the idea of adding Thompson to the middies list, since he did much more for the Wolverines than face-off, get-off. The same goes for Jake Pistotnik (Sierra Canyon/California).

As stated above, MaxLax tries to avoid calling anyone “the best,” mostly because that depends entirely on your criteria. Is “the best” the one recruited to the best school? Or the highest-scorer? Or the most valuable to his team? The one with the most accolades? The one you’d pick first for your team if choosing sides? Those all are decent criteria, but they might produce very different lists.

To their credit, members of The Committee made an effort not to overthink it. (Or, let’s be honest: “not overthinking” is kind of the default setting for teenage guys, right?) They kept it simple — the five best, however you want to interpret “best.”

The result was three pretty solid Top Five 2016 lists. Of course, there is always room for debate, which The Committee (shockingly) said was precisely the point. So let’s hear it: Where are they wrong and why? Let ’em have it in the comments below.

But leave us out of it. All we wanted was a glass of ice water.

Editor’s note: To the parents of the committee members, you’ve raised fine young men. They were incredibly polite and respectful, regardless of any descriptions above to the contrary, and it was great to get to know them. It also was extremely gratifying to know how much they appreciate the work MaxLax does. We hope everyone approaches things with the same spirit of promoting and growing the game.