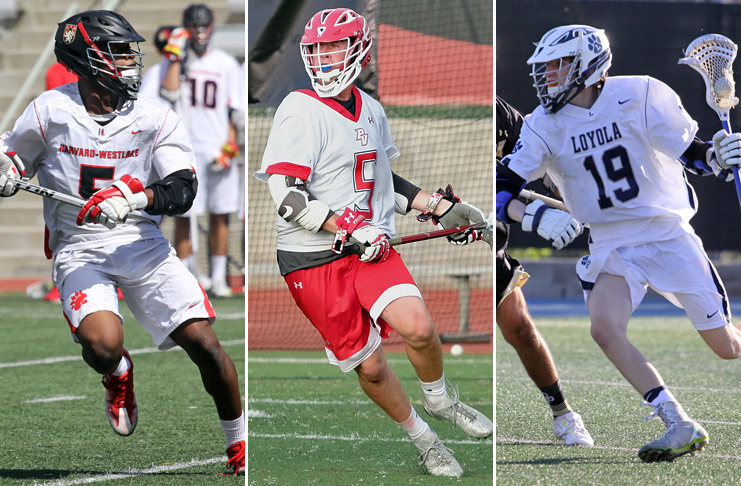 Harvard Westlake, Palos Verdes and Loyola remained 1-2-3 in the Week 8 US Lacrosse/MaxLaxLA coaches poll, but that likely will change by next weekend, when the coaches committee meets to select and seed the 2017 playoffs.

No.1 Harvard Westlake (14-0, 8-0) plays at No. 3 Loyola (15-4, 8-1) Tuesday in a game that will go a long way toward deciding the Mission League champion and the No. 1 overall seed in the playoffs. The Wolverines beat Loyola in overtime a month ago, and another win should be enough to secure the top seed. However, if Loyola, the defending US Lacrosse Southern Section champion, wins, the debate over the No. 1 seed likely will come down to the Cubs or No. 2 Palos Verdes, which holds a head-to-head win over Loyola.

All of that, of course, assumes none of the three suffers an unexpected loss. Palos Verdes, for example, plays host to No. 8 Westlake today, then faces Redondo Union on Tuesday. If the Sea Kings (11-4) win that one, they will face either No. 14 Mira Costa or Peninsula for the Bay League championship. Loyola’s regular ends Tuesday with the Harvard Westlake game, but the Wolverines still face Chaminade at home on Saturday.

There are a number of other games this week that likely will impact the playoff selections and seedings, an explanation of which can be found here.