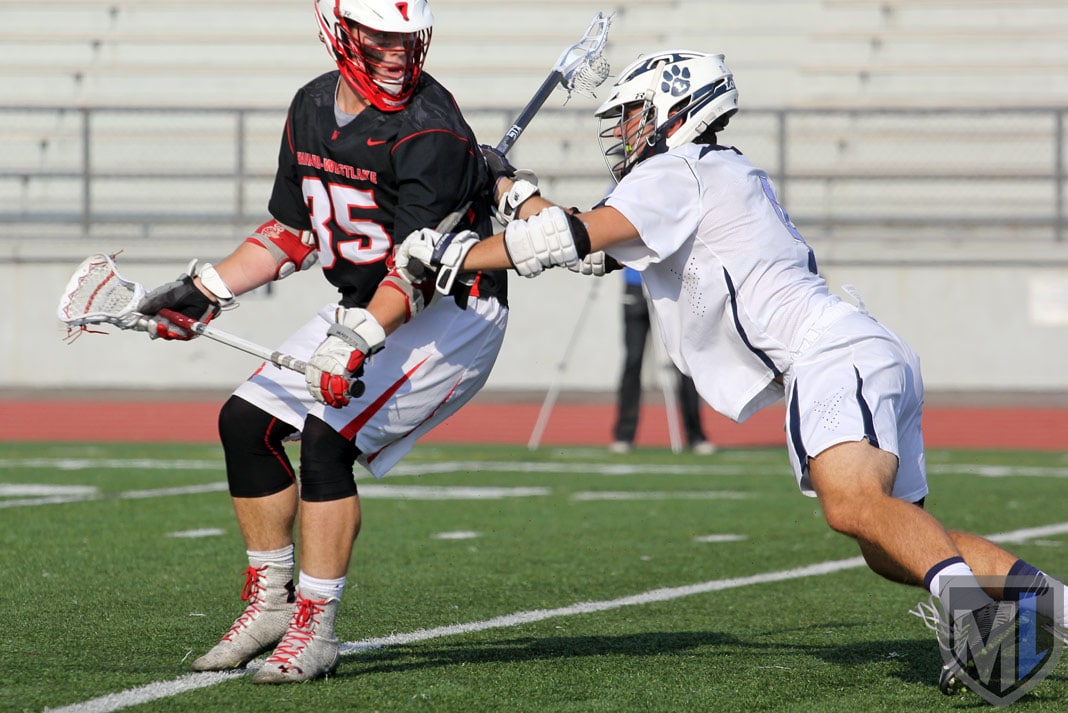 Versatile defender Tommy Riley III, a 2016 Loyola graduate and member of the school’s first Southern Section championship team, will play for the Greek National Team in the FIL World Championships in Israel this summer (July 12-21).

A sophomore at Villanova University in Philadelphia, Riley tried out for the Greek team in November and again Jan. 6 at Furman University in Greenville, S.C. This week, he was informed he had made the 23-man roster for the tournament. Nineteen of those 23 players must hold Greek passports, leaving four spots for players with family connections but not Greek citizenship.

“My maternal grandparents are both Greek, and I’m half Greek,” Riley said. “We’re working with a law firm in Chicago to get the paperwork squared away for everyone. For me, this was pretty much out of the blue, so I’m just happy to get involved, to be honest.”

Tommy Riley’s journey to the roster started when his mother forwarded an email announcing that the November tryouts would be held at Drew University in New Jersey, less than a two-hour drive from Villanova. That email came from Panos Lacrosse, because Riley had taken part in one of the club’s clinics in L.A. when he was in eighth grade. Now Chris Panos coaches at Queens University of Charlotte, N.C., and is an assistant on the Greek National Team coaching staff.

“I haven’t even reached out to tell him he was the reason I got involved in lacrosse to begin with,” Riley said, adding that Panos was at the November tryout session but missed the second session at Furman due to the freak snowstorm that hit the South last week.

Riley, who currently plays club lacrosse at Villanova after missing the cut in a tryout for the school’s Division I program, said the group trying out for the Greek squad included some current and former Division I and top Division III players.

“The skill level was great, and the tryouts were pretty intense,” he said. “The second round of tryouts was a scrimmage against Furman — our head coach [Andrew Athens] coaches there — so we got a lot of experience playing against D-I guys. I’m just glad it worked out the way it did.”

In high school at Loyola, Riley was a highly decorated member of the Cubs’ program as it worked its way up to winning its first US Lacrosse LA championship since 2009 and the first Southern Section championship ever by an LA team.

As a junior, Tommy Riley was the team’s Defensive MVP and earned first-team All-Mission League as a close defender, but the Cubs were bounced from the playoffs in the second round. As a senior in 2016, he switched to LSM and again was named first-team All-Mission League. He also earned second-team Greater LA South All-Area as Loyola stormed through the playoffs and won the section title.

In the 2016 LA title game, a 7-6 overtime victory over Palos Verdes, Riley scored the game-tying goal in transition with less than three minutes to play. Palos Verdes had rallied from a 5-3 halftime deficit to take its first lead. Off the ensuing face-off, Riley tied it, enabling Loyola to extend the game to overtime and win. The Cubs went on to defeat Corona del Mar to claim the section crown.

Now Riley is looking forward to his spring club season at Villanova, then it’s on to Greece, then Israel.

“I’m trying to get my whole family over there,” Riley said. “My grandmother is from Greece, and there’s family in Athens, and we’re supposed to have an exhibition game there before the championships. I just can’t wait for the whole thing to get started.”

Tommy Riley might not be the only Southern Californian playing in the FIL World Championships this summer. Lukas Roscoe (El Segundo, 2019), Oscar Hertz (Bishop’s School, 2019) and Nick Skeffington (El Toro, 2015) were part of the Danish Fighting Pastries squad that qualified for the worlds last summer and are listed on the team’s 26-man roster. The Pastries will make one more cut-down to the limit of 23 players in May.