Titans Back on Track after Wins over Corner Canyon, Del Norte 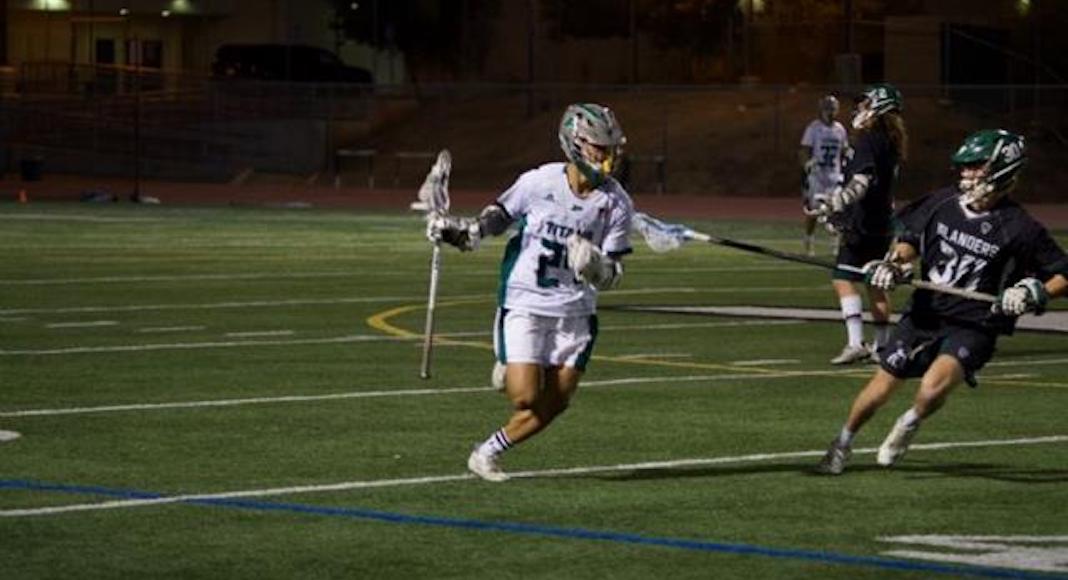 Wednesday night, the Titans (5-4, #3 in San Diego) defeated Corner Canyon 15-5, sending the Chargers to only their second loss of the season against eight wins.  Titan midfielders Kienan Morrissey, Eli Butler (Wagner) and Marquez White led the way, combining for 10 scores; while senior Harrison Greaves added a hat trick of his own, and fellow attackman Jack Estepp added another.

The Titans’ lockdown senior defenseman Chase Crawford contributed on the offensive end as well with a goal of his own, while also leading the team with 3 ground balls.  Poway goalies Kellan Cutting and Ben Looges combined to save 11 shots against only 5 goals.

Thursday night, the Titans hosted the Nighthawks from Del Norte, and Poway notched another big victory, doubling the Hawks by a score of 14-7.  White led the way in this one, scoring four times – including once on an impressive around-the-world from the crease.  Morrissey, Butler, Greaves and Estepp added 8 more goals between them, and freshman attackman Nolan Graalman added one as well.  Poway Junior LSM Cole Westbrook rounded out the Titans’ scoring.

Del Norte was led by Tyler Reinecke with 4 goals of his own.  Jason Brown and defenseman Lukas Adams each also found the net for the Nighthawks, who fell to 5-5 after the loss.

Poway doesn’t have long to celebrate as they head to LA to face a tough Loyola team on Saturday, while Del Norte will take 10 days off before facing Westview.