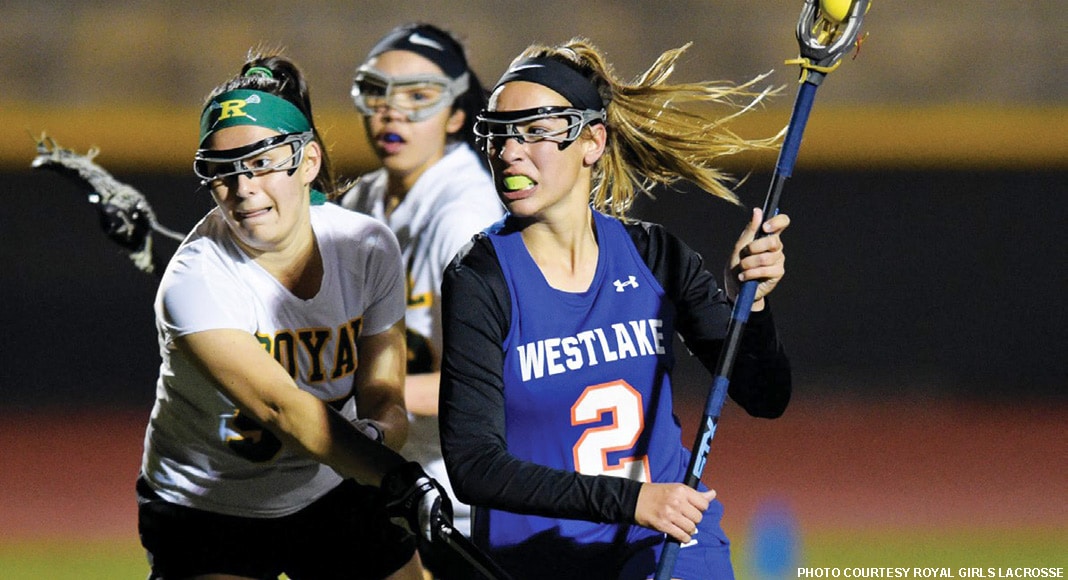 Sophomore midfielder Shelby Tilton of league co-champion Westlake was named Most Valuable Player on the girls All-Marmonte League team. Tilton was one of five Warriors players honored on the 26-player list.

Westlake (14-3, 7-1) enjoyed a breakout season under first-year head coach Lindsey Munoz, improving dramatically over last year’s 8-9 record and championship of the US Lacrosse LA Postseason Invitational. This year, the Warriors earned the No. 3 seed in the championship tournament but were knocked out in the second round by an inspired West Ranch team.

Agoura (14-5, 7-1) shared the Marmonte League title with Westlake, earned the No. 7 seed in the US Lacrosse LA Championship Tournament and advanced to the title game before losing to No. 1 seed Redondo Union. The Chargers had four players named to the girls All-Marmonte team, and Courtney Schneck of Agoura was named Coach of the Year.