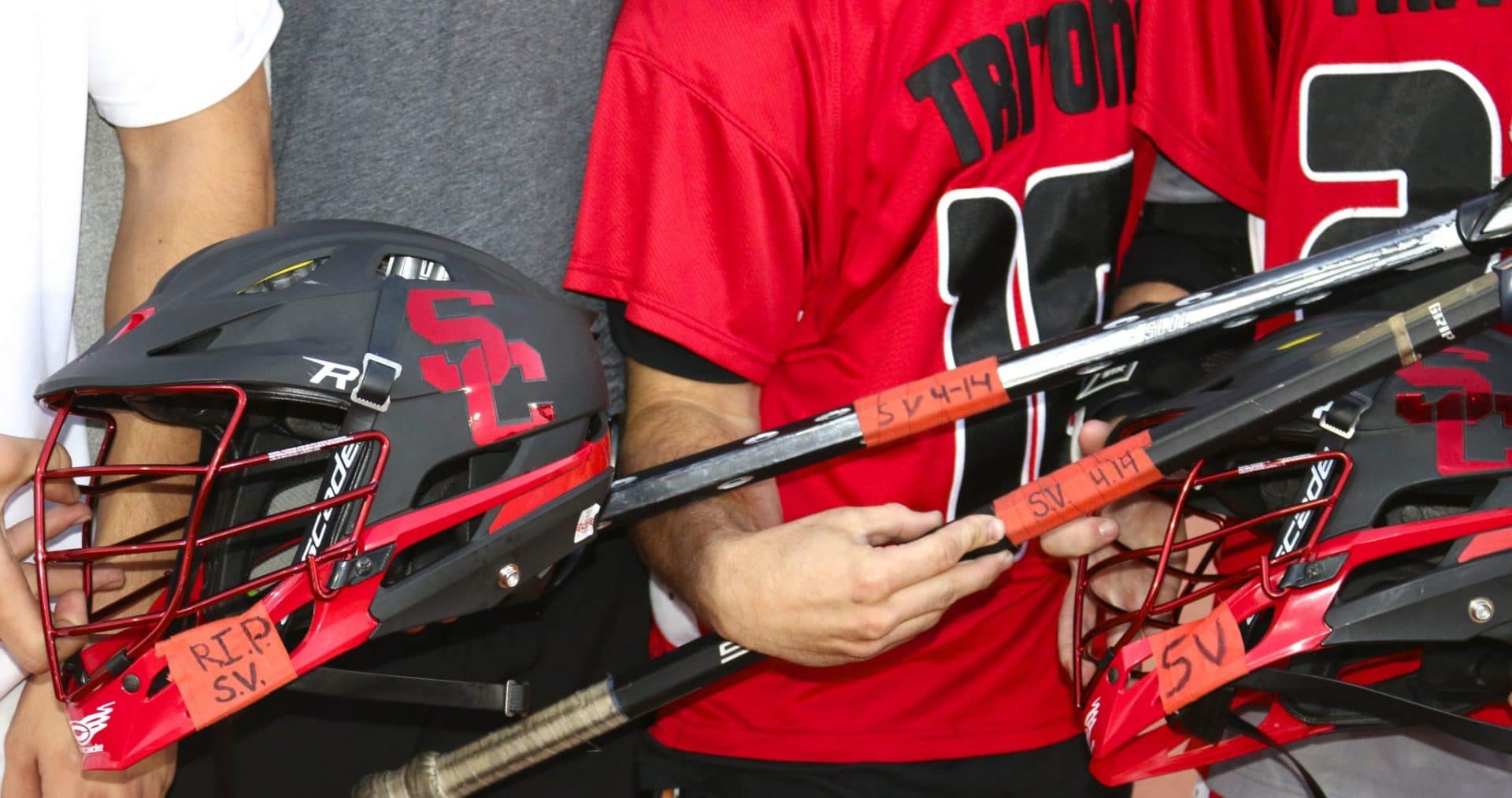 The Tesoro Titans traveled to San Clemente last night, with hopes of avenging an earlier-season loss to the Tritons. A win would reverse the standings in the South Coast League, moving Tesoro into second and SC into third. And a Tesoro win would likely improve their playoff seeding.

From the outset, the game looked more like a track meet. Action was fast-and-furious from start to finish.

Kieran Regan got the Tritons on the board, with a lefty solo shot off the shin of Tesoro’s goalie Gunner Garn. Brian Graves responded for the Titans, after a nice assist from Jason Moreta. Cole Spooner added a goal to put Tesoro up 2-1 after the first period.

A Nick Lemus assist to Branden Wilson tied things up to start the second. Graves responded again, with a solo shot. Riley Paredes tied it again for SC. Mitchell Bender rattled a shot off the pipes, to close the half with Tesoro still up by one, 4-3.

The see-saw battle continued, with the score tied at the end of the third, 5-5. It was going to be a race to the finish.

The Tritons opened up a lead to start the last quarter. Goals by Jack Renard, Garrett Eslick and Lemus put SC up by three, 8-5.

But then it was the Titan’s time to come back from behind. Moreta notched a solo shot, then scored again from a Spooner assist, pulling Tesoro (6-11) within one with less than a minute left.

Graves and Moreta led the scoring for Tesoro, with two goals apiece. Spooner, Quinn Lewis and Bender notched one score each. Ryan Stetter contributed three ground balls, with Bender, Braden King and Quinn Toohey coming up with two each.