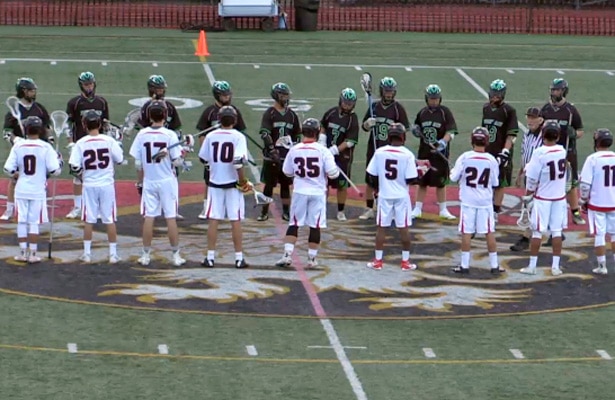 Senior middie Philip Thompson scored five goals, and No. 4 Harvard Westlake held off a late rally by No. 5 Thousand Oaks to win 13-10 on Tuesday.

The Wolverines had built a 12-6 lead early in the fourth period on Thompson’s fourth goal, but the Lancers pulled within 12-10 with four minutes to play. Thompson then scored his fifth, stretching the lead back three, and the Wolverines were able to run out the clock.

It was the first game of the season for Thousand Oaks, which is replacing much of its lineup after 17 seniors graduated from the team that reached the US Lacrosse North semifinals last spring.

The game was live-streamed by Harvard Westlake. Archive of the video feed can be found here.