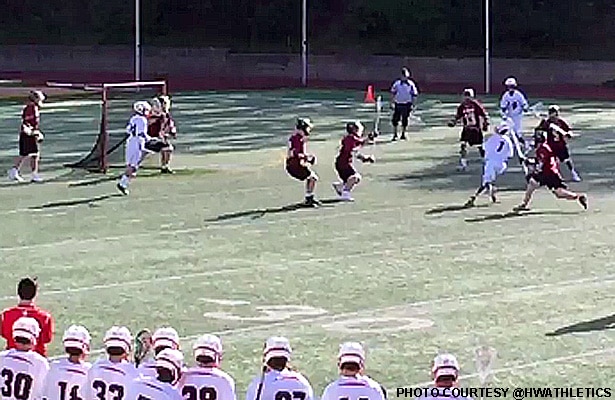 Senior Phil Thompson won 25 face-offs and scored three goals Tuesday, leading No. 3 Harvard Westlake to a 14-11 win over visiting No. 13 Oaks Christian in a nonleague game.

Despite the face-off dominance, though, the Wolverines didn’t necessarily dominate on the scoreboard. The score was tied 2-2 after one quarter, and Harvard Westlake led only 6-4 at halftime. They stretched the lead to 10-6 entering the final period, but the Lions kept it close with a 5-4 scoring edge in the fourth.