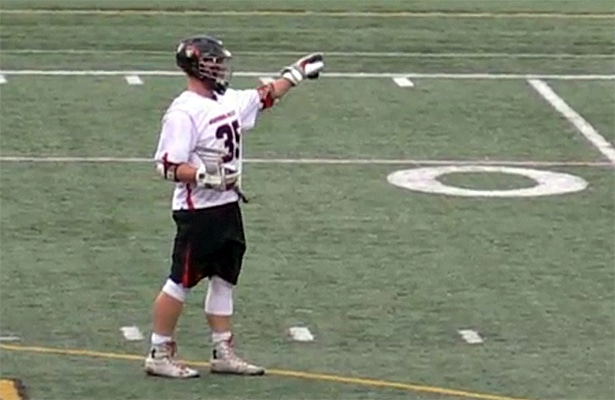 No. 11 seed Chaminade played No. 3 Harvard Westlake even throughout the first half Thursday, but in the end the Wolverines had too much Philip Thompson. The senior middie dominated the face-off dot and scored six goals, powering Harvard Westlake to a 14-7 playoff victory.

The win moves the Wolverines into a semifinal matchup Saturday at Glendale HS against another familiar Mission League opponent in Loyola, which beat Oaks Christian 20-10 Thursday.

As many talented players as Harvard Westlake has, it has been the senior middie Thompson pushing them, even carrying them, all season. Thursday was no different. He won six of seven face-offs in the first quarter, but stellar play from Chaminade goalie Andy Dyer limited the Wolverines’ scoring. The score was 3-3 after one quarter.

Thompson scored his fourth and fifth goals, one coming out of a ground-ball scrum and the other while falling down after splitting two defenders, to push Harvard Westlake’s lead to 9-5. Four consecutive goals to open the fourth period put the game out of reach.

Then, after Chaminade made it 13-7 on a goal from Mark Galanti with 5:15 to play, Thompson capped his evening by winning another face-off and scoring unassisted on the break, his sixth of the game.