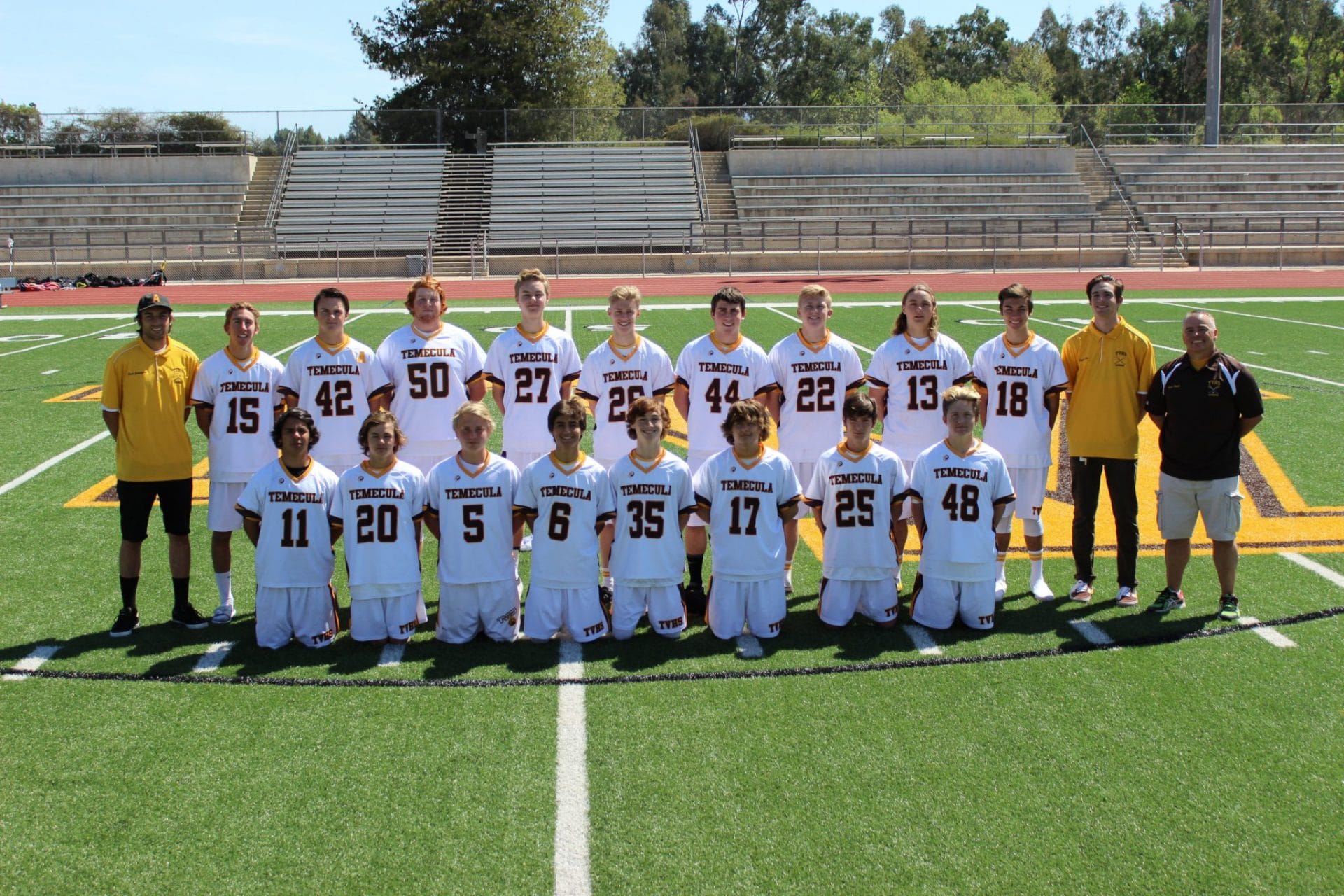 One of the best-kept secrets in the local lacrosse community has been the Temecula Valley boys lacrosse team.  The program that began CIF play with just two wins in 2012 has improved every year.  In 2015 the Golden Bears recorded their first winning season.  Last season they won a program-record 12 games.  If the trend continues Temecula Valley will soon be competing for a playoff spot.  Coach Shawn Rotell shared five things to know about the Temecula Valley Golde Bears as they prepare for 2017. 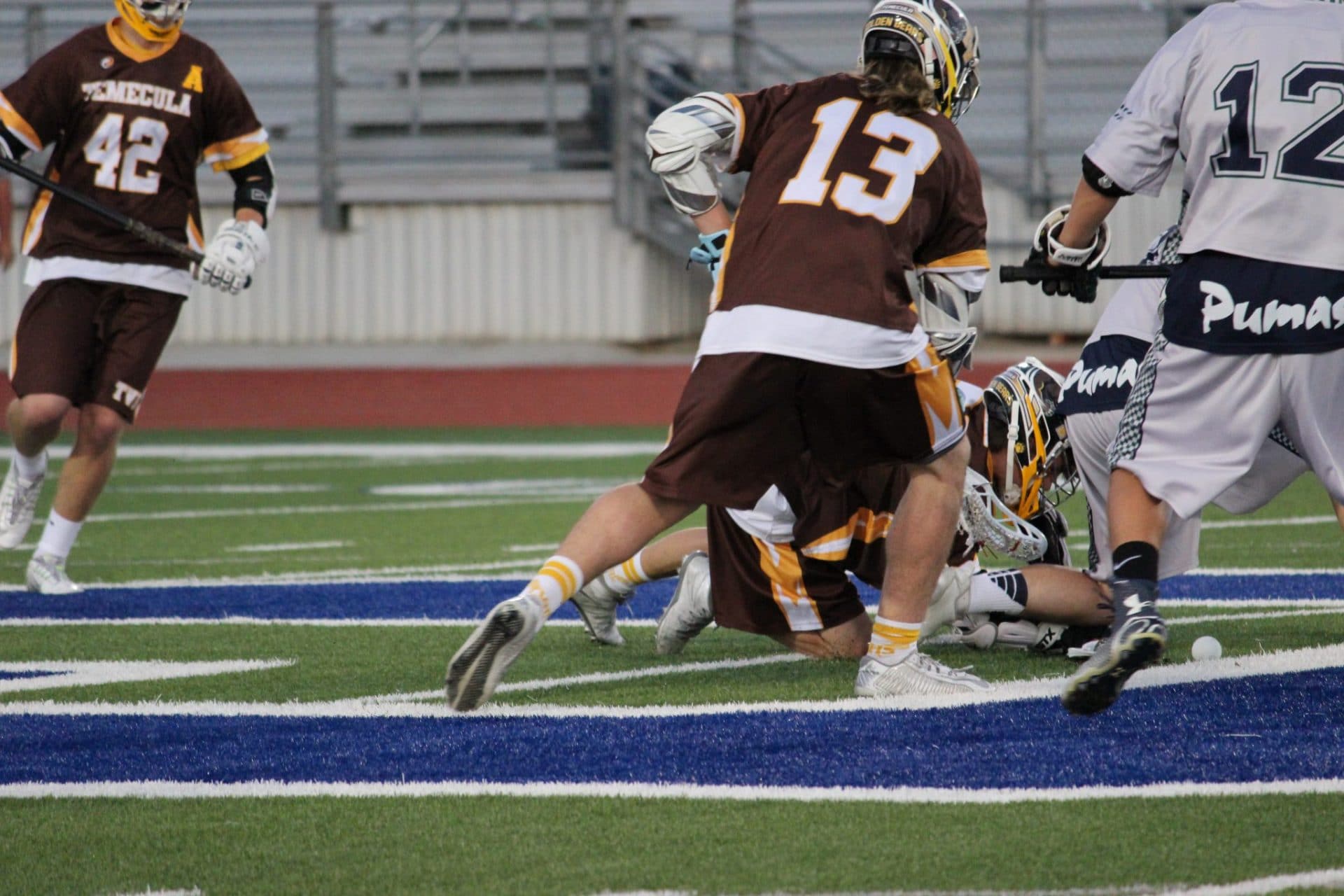 Senior midfielder Chase Pymm (Colorado Mesa) will anchor the offensive game. Chase plays like a bull with one focus and things don’t get in his way.  Cole Heirs a returning long pole will lock down the defense. You will not outsmart our D as Cole has over a 4.0 GPA,” Coach Rotell explained by email.  “He is one of the most dedicated players we have.” 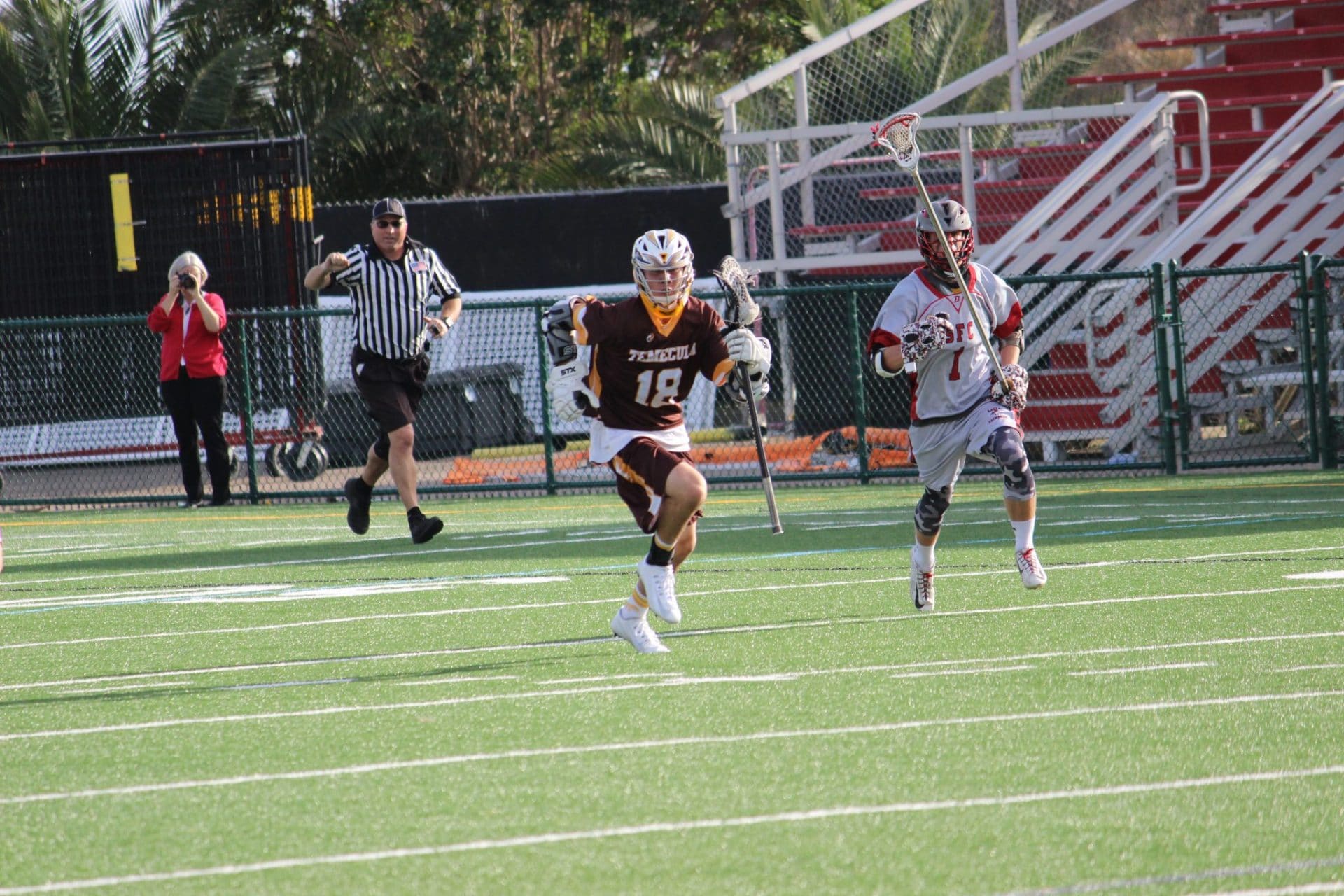 “We have 2 notable new players coming in as freshmen and one junior,” Rotell said. The two freshmen are midfielder Luke Herring and natural lefty attack Cole Rotell.  Herring and Rotell are 3d SoCal teammates. Our third addition is a legacy goaltender Grant Harris who’s brother Glaser played for us last year. If the rumors about Grant are true we may not get scored on this year.

“Our third addition is a legacy goaltender Grant Harris who’s brother Glaser played for us last year,” Coach Rotell said. “If the rumors about Grant are true we may not get scored on this year.” 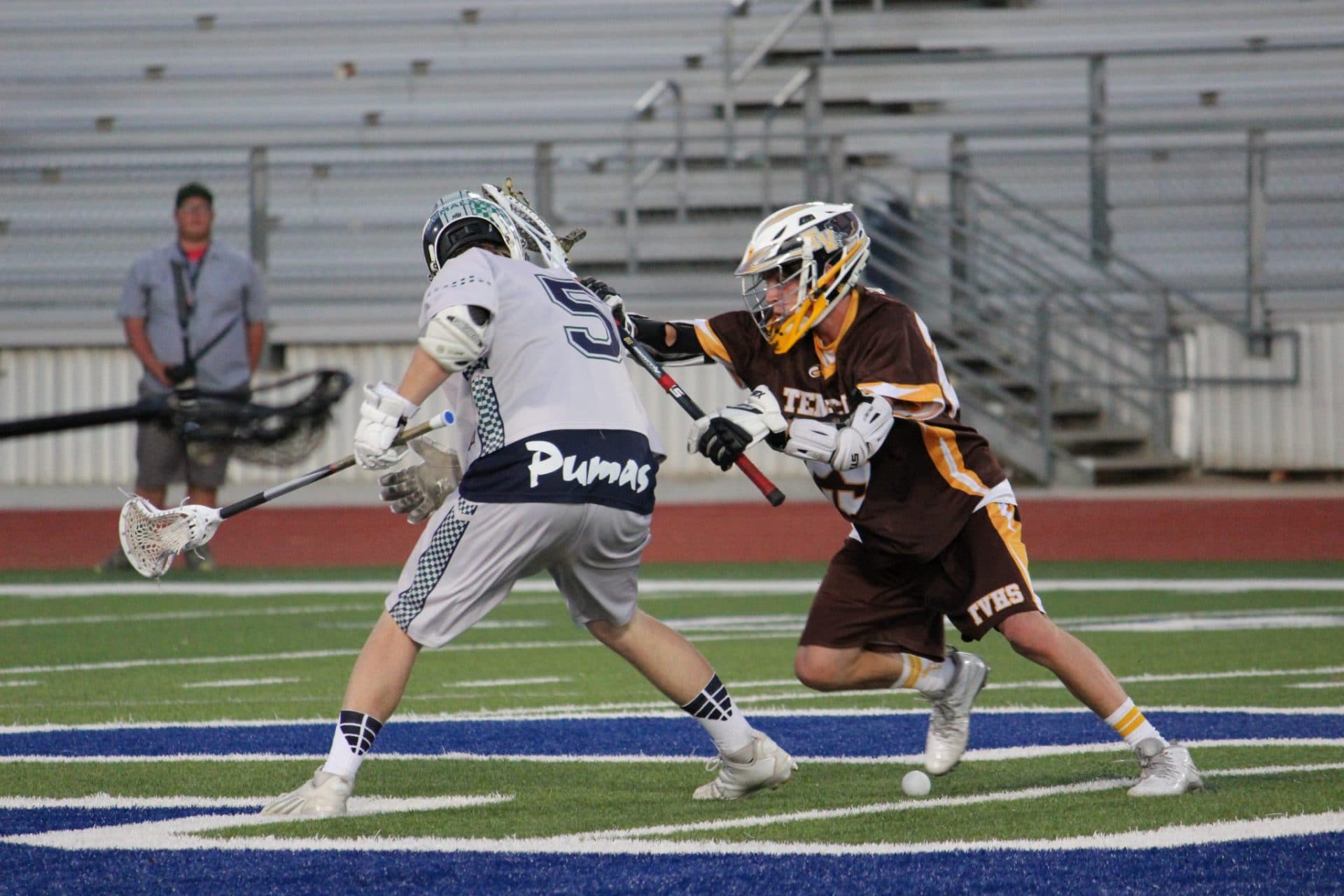 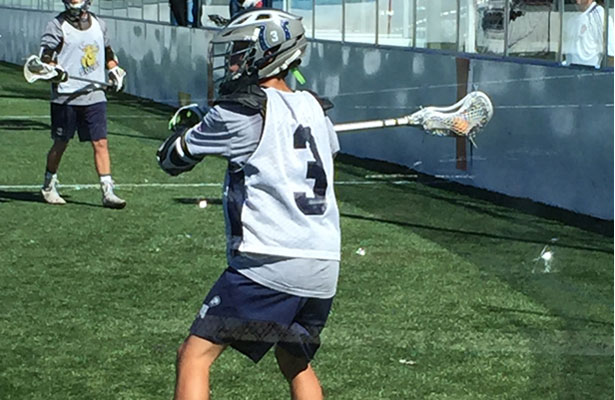 The Golden Bears are starting to think inside the box.  “As for fall lacrosse, we have been competing in the 3d box lacrosse league,” Coach Rotell reported. “It’s a taste of real box lacrosse for our otherwise field only players. I think I have some converts who would rather play box year round.” 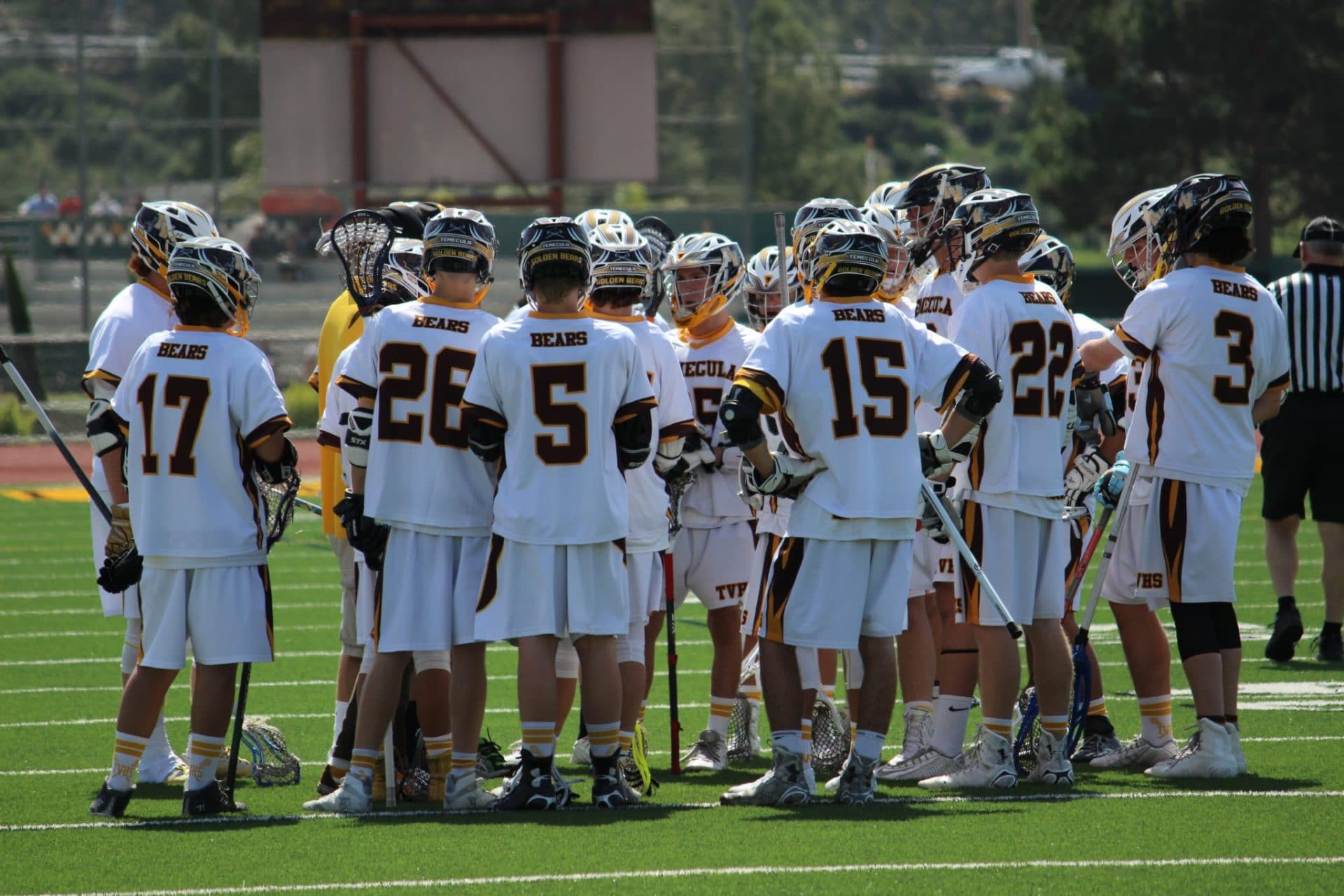 “While conducting grade checks last year I was astounded at the number of players that have 4.0 or higher GPA’s to say nothing of the many who have at least a B average’ coach Rotell said. “But with this type of brain power on our team if a so called “stupid play ” is made it is punished not only by the coaching staff but by the other players as well.”