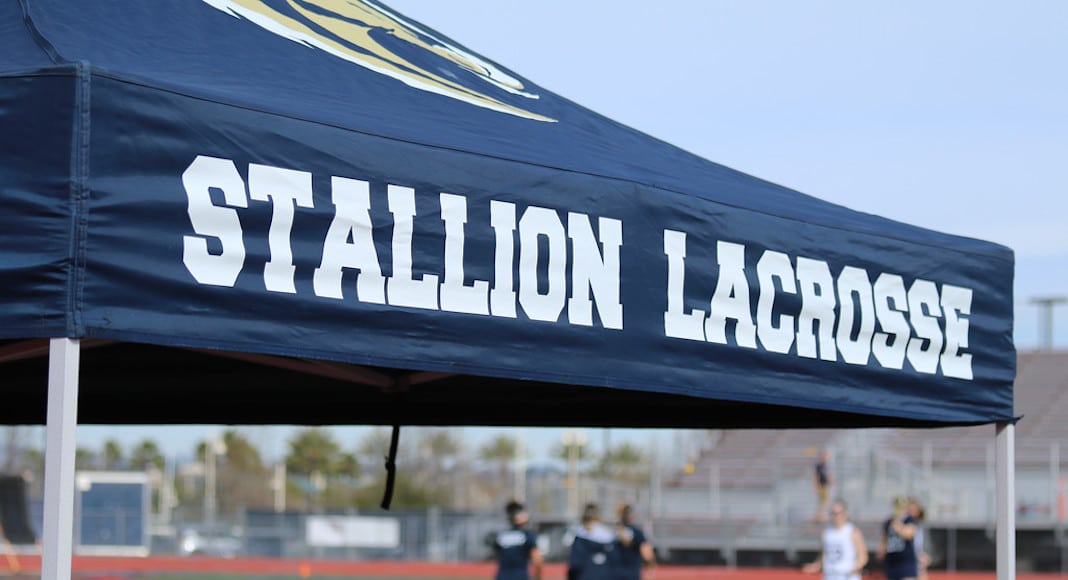 Is the San Juan Hill girls’ lacrosse team ready to step up to its challenging 2018 schedule?  Things to know about the 2018 Stallions, courtesy of Coach Michael Welter.

Senior midfielders, Taylor Austin, Bridget Cain, and Claire Welter (87 goals between the three of them) who have been playing together since their freshman year, will be the anchors and leaders of the Stallions this year. They are also instrumental in the draw and the transition play both on offense and defense. Senior Olivia Fu will lead the defense. Mandy Muhr (21 goals last year) and sophomores Lucy Hodge and Jacy Fischbeck will attempt to fill the holes on attack left by the departing seniors.

There were a total of 10 seniors last year who graduated, including Hannah Miller (55 goals) and Elena Guillen (33 goals) and most of the defensive unit graduated including Tristan Goldhammer.

Goldhammer “was not only a great captain but also an inspirational leader on the field by the way she played the game,” Welter said.

This year’s schedule will be difficult as Mater Dei, St. Margaret’s, Foothill, Newport Harbor, Beckman and San Clemente are part of the non-league schedule and then the formidable South Coast league’s opponents of Trabuco Hills, Aliso Niguel and Tesoro each twice, pose quite a challenge.

There will be a few girls who will ascend from a junior varsity team that was 16-3-1 last year to help shore up the varsity, as well as freshman Lucy Hughitt, who should be a nice addition to the offense.

The goal of the team every year is to be competitive in every game it plays and to be the best version of oneself. The team has a large number “50” painted on the field representing the need for every player to give 100% for 50 minutes each and every game.