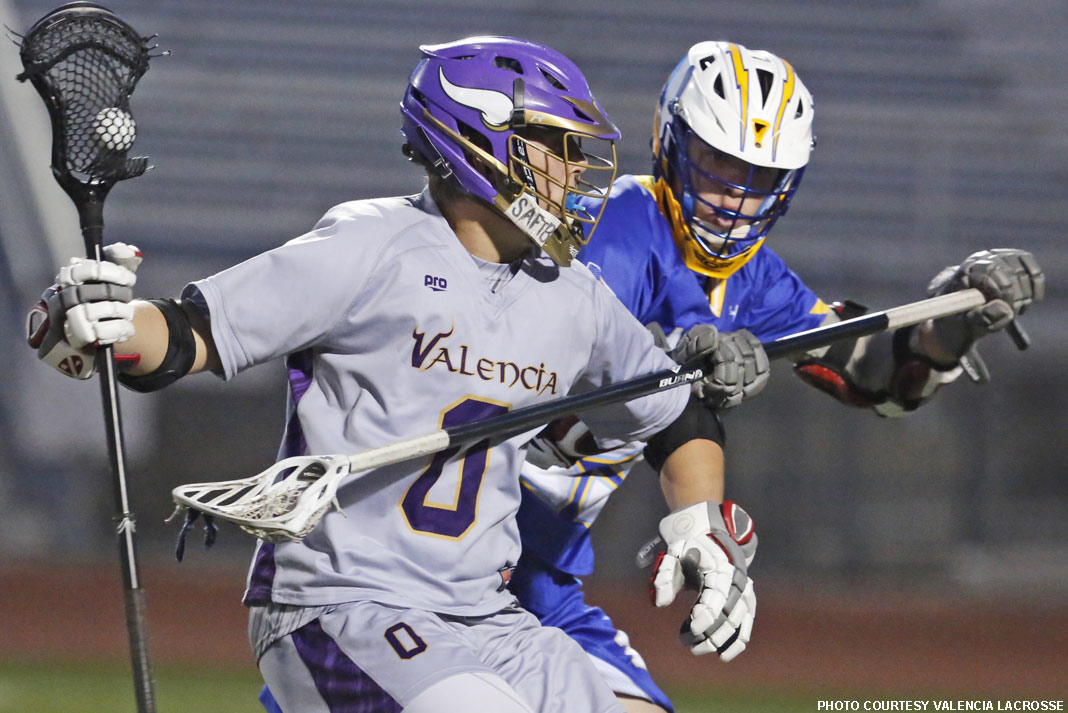 The Valencia Vikings finished the 2017 season, their fourth as a CIF program, with an 8-9 record, including a first-round win in the US Lacrosse Postseason Invitational tournament. Entering their second season under co-coaches Mark Bell and Will Goodman, they’re hoping to take another step forward.

Coach Bell provided some things to know about the 2018 Valencia squad.

• Propst was the starting goalie on the West Brine All-American Team this summer in Richmond, Va. There, he competed against some of the nation’s top talent, going 3-2 and guiding the team to wins over Michigan, Georgia and New England.

• Theodore “Big Ted” Kozlowski is your Viking Nation leader and hype-man for the VHS Varsity Football team. You can find him showing off his colossal personality in getting the student section rowdy at all the football games. Look for Teddy to pump up the Vikings in-season while working across from Evan Dean at attack.

• Over the past few years, Valencia and West Ranch have created a one-sided rivalry [West Ranch is 7-0 vs. Valencia in the last four seasons]. This year’s seniors are looking to turn this around and be the first team to top West Ranch in program history. With so much potential, the Vikings are dialed in to placing in the championship playoffs.

• The majority of the starters on the Valencia squad competed with Rogue Lacrosse this summer. They won the HS Division in two of the three tournaments they attended. Those same players will compete with Rogue’s HS Elite team throughout the fall and winter seasons in preparation for a tough spring schedule at VHS.