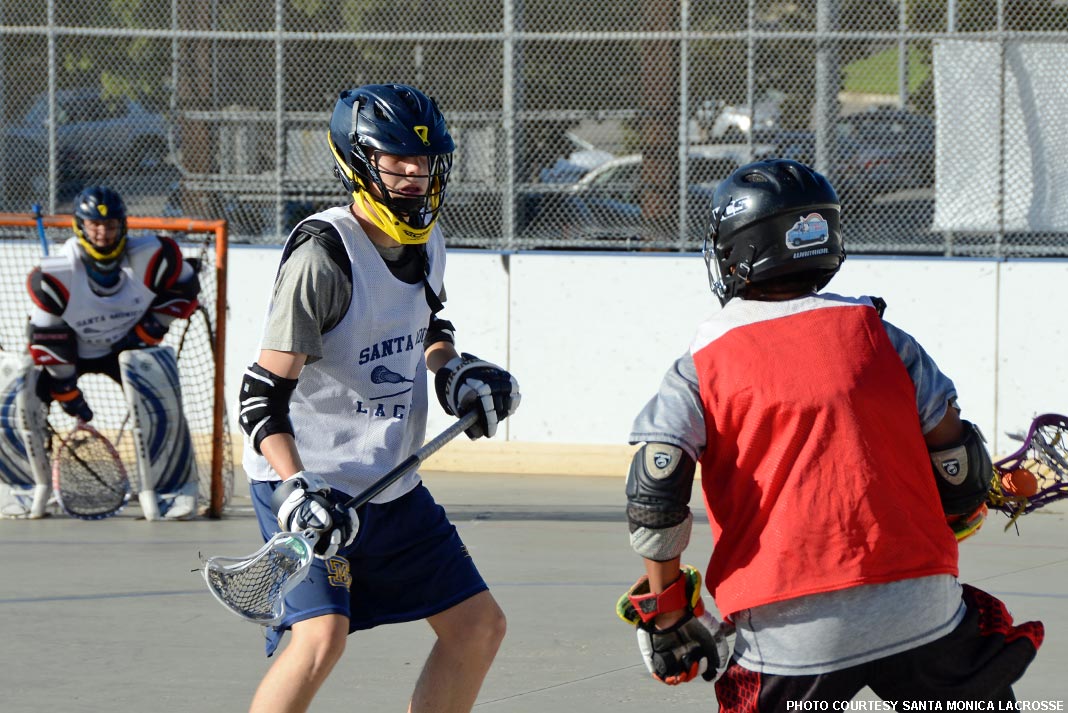 Last spring, the Santa Monica Vikings established themselves as a team to watch in Los Angeles. A league co-championship and a ranking as high as No. 11 in the coaches poll helped bolster that case. But with six senior starters graduating, including the Ocean League offensive and defensive players of the year for 2017, Coach Ben Keiser and the Vikings have some holes to fill in 2018.

However, if the new-look Santa Monica Vikings’ recent championship in the 2017 El Segundo Fall Box Lacrosse League — against rivals Culver City, Beverly Hills, Mira Costa and El Segundo — is any indication, the 2018 team is reloading instead of rebuilding.

Santa Monica dedicates it fall-ball program mostly to conditioning and integrating new players, and this season saw a large influx of freshmen as the growth of the sport locally is starting to show at area schools. This was clearly on display every Sunday in September and October in the El Segundo Box League. The Vikings lost only one game en route to a dominant 17-7 win over Mira Costa for the championship.

The offense was led by senior midfielder Griffin James (first-team All-Ocean League), senior attack/midfielder Ronan Castelyn and junior attack Joseph Kean (second-team All-Ocean), who each tallied four goals in the final game. The defense was once again anchored by junior goalie Tyson Zecher (second-eam All-Ocean) and junior Julian Dana Miglino. The few face-offs that occurred were controlled by sophomore Spencer Wynn, who has worked hard this offseason to take over full time duties at the X. Newcomers Simba Makawa, Luken McGuire and Duke O’Callahan all contributed at both ends of the rink, as well as returning players Tyler McNamara and Will Browning.

“It was pretty clear that we would need to integrate a lot of new players into our system this year,” Keiser said. “You don’t replace players the caliber of Parker Furlong and Bradley Hall, as well as our other seniors from last season. But we have focused on building a program at Samohi, not just a team. The returning players understand what we do here, and they have done a terrific job of welcoming the new guys and teaching them what it means to play lacrosse here. I couldn’t be more excited for this new season. Every season, the goal is to win our league and advance to the playoffs. That hasn’t changed for this year.”

In addition to working hard in the fall to prepare for success in the Spring, the team also has continued its tradition of community service. This year, the Vikings have scheduled a Lacrosse Play Day with City Lacrosse and Harlem Lacrosse. They will host a clinic for youth players at Samohi and then continue the afternoon fun a few blocks west on the beach. Giving back to local communities has always been a key tenet of the sport of lacrosse, and this Samo team is continuing this tradition — much like they hope to continue their new winning tradition in the Spring.