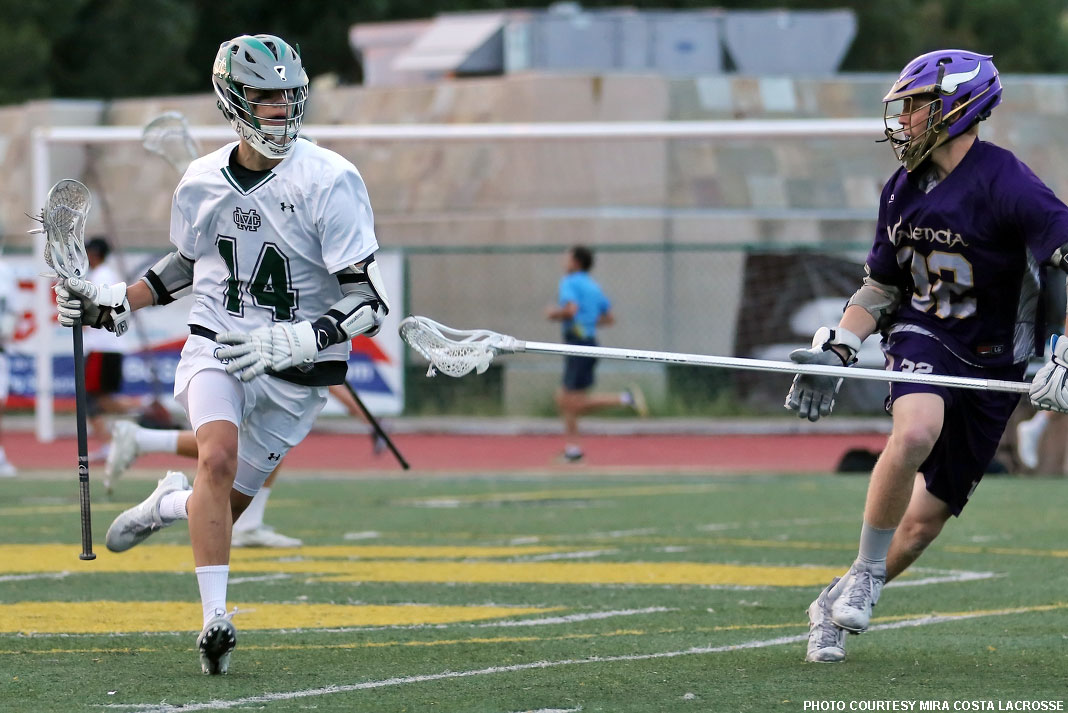 The Mira Costa Mustangs won four of their last five games last season, including three in a row to claim the US Lacrosse Postseason Invitational tournament championship. Despite finishing 14-6 — the most wins and best record at the school since 2011 — the Mustangs felt they left some work unfinished.

“We missed the championship bracket last year because of two bad losses,” coach Aaron Karsh wrote in an email. “We hope to establish ourselves early this season as one of the top programs.

“We lost four games we should have won last season, and although we missed the championship bracket, we did win the invitational bracket, playing a very good San Marcos team in the final game. It was a great way for our guys to finish the season on a high note and continue that momentum into this year.”

Coach Karsh provided some things to know about Mira Costa heading into the 2018 season:

Other notable returners and newcomers
We get a couple guys back from injury this year. Ryan Beste and Connor Barnes both are dynamic offensive players for us who will be a big part of a lethal unit. Coaches Chris Wells, Tommy Johnson and Alex Dodge all return to our staff, as well as the addition of goalie coach Brody Polansky, who comes to us from Maryland and will help with our program in many different ways.

Fall-ball and offseason program
Lots of strength and conditioning in the fall. We also have a box program and a couple tournaments in the fall.

We have a lot of freshmen playing football, a few playing hockey, several surfers, as well as a couple in soccer and basketball. Henry Householter is one of our many multi-sport athletes. You can catch him on the court for the varsity Mustang basketball program. We also have Zach Rosenberg, who has been all over the world with the Costa surf program and may end up on the cover of Surfer magazine one day!

Looking ahead
We are playing tougher schedule than we did last year. We have a huge early test against Palos Verdes the first week of the season but are looking forward to the challenge.