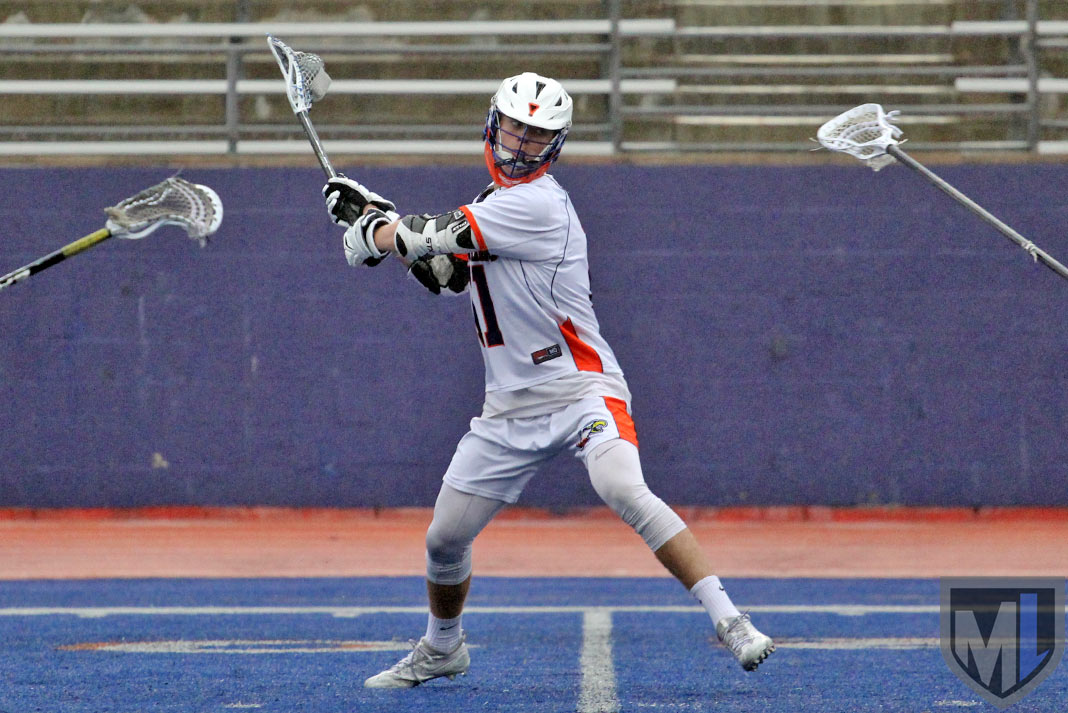 In 2017, the Chaminade Eagles made their third consecutive playoff appearance and finished in the Top 10 in the US Lacrosse/MaxLaxLA Coaches Poll. Head coach Steve Lane, heading into his sixth season, provided some things to watch for the Eagles in 2018, all of which should give Chaminade plenty of reason for optimism:

• Chaminade is returning its entire starting roster and varsity program, having had zero seniors last year. We also have two transfers, several great freshmen and two players returning who were starters on varsity in 2016 but missed last year.

• Our goal is to continually challenge our players, and set the bar high. This year, Chaminade will play it first competition in San Diego. We will travel to Orange County for a game against Santa Margarita on the first day of spring break, then continue south for games in San Diego against La Jolla (which won the Division II section championship last year) and another Top-10 program.

• This year we have two 2018s who have committed to NCAA colleges, Max Kim (Bates) and Thomas Nelson (Albion) and likely will have another 2-3 guys finding homes soon.

• Mac Griffin and Owen Larson are both starting on Chaminade’s football team, which is currently ranked No. 4 in the state by MaxPreps, and both guys had phenomenal summer recruiting circuits. They will have multiple options after successful individual showcases and playing with my friend Matt Bocklett and the DOCO Devils; Owen also played with the LA Mavs for an Ohio State camp.

• Our 2020s had a ton of success this summer, as well, and will continue this fall/winter, but they won’t be making any college decisions with the new recruiting rules in place. 2020 LSM/D Ryan Cornelius was selected to the Under Armour Underclass West team and the STX Rising showcase. Many of our other 2020s were recognized for all-star and all-tournament teams at various national events.